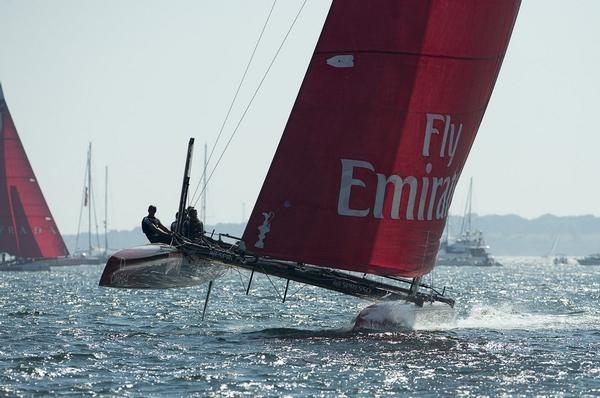 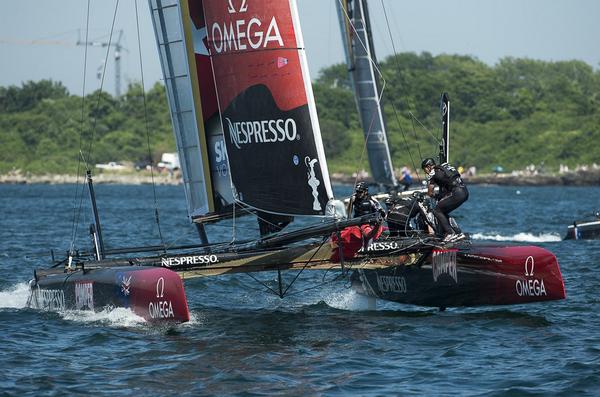 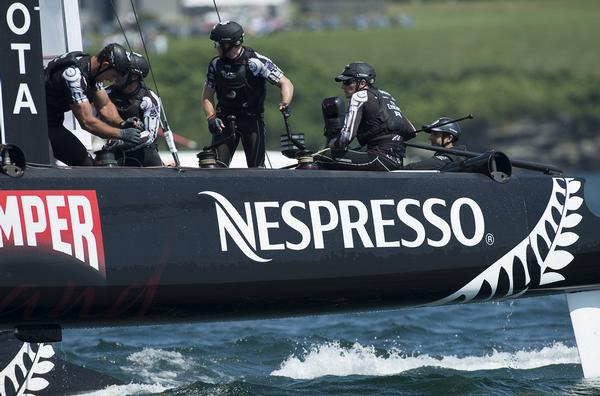 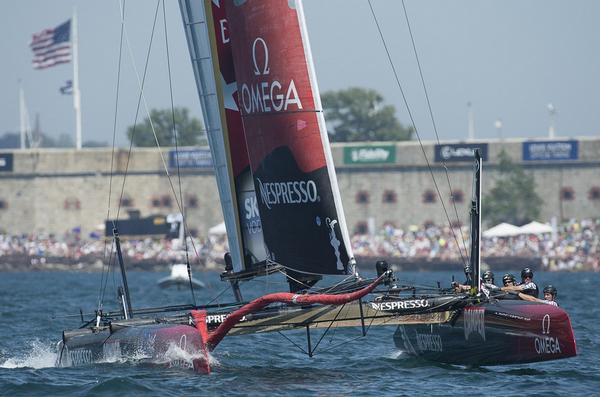 AC45 crew back in its stride

Emirates Team New Zealand got back into stride at Newport today and took a third in the first fleet race of the day then stormed home to win the second.

The winning margin was an emphatic 58 sec over Energy Team of France which stole second place from the Oracle 4 right on the finish line.

Shrugging off the events of the past week which included injury to two of the AC45 crew, a collision with a mark boat and then a damaging capsize, skipper Dean Barker the sailing crew of Glenn Ashby, Ray Davies, Derek Saward and Jeremy Lomas are lying second overall after four fleet races at Newport.

With 32 points, they are six points adrift of Oracle 4 on 38. Energy Team and Artemis Racing are each on 26 points.

This is the last regatta in the America’s Cup World Series 2011-12 season. With the leader board tight at the top, points earned tomorrow in the final fleet race will determine rankings for the season.

Barker paid tribute to the team’s resilience. “Today’s win was a reward for the shore crew – and every other member of the small Emirates Team New Zealand contingent at Newport.

“We won today because they were able to keep the boat competitive despite the odds, which at times were formidable.”