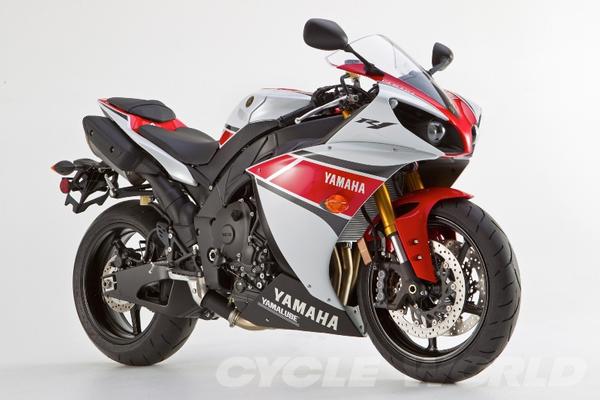 Team Motor Group (TMG) Yamaha is putting one of their popular Yamaha Vity 125cc scooters up for grabs for the thousands of auto fans heading to CRC Speedshow over the weekend of 21 and 22 July.

Using the tried and true method of inviting CRC Speedshow visitors to visit the TMG Yamaha stand and fill out an entry form to go in the draw to win the classic-styled scooter, the team from TMG Yamaha will also be happy to talk about their acclaimed Yamaha YZF-R1 superbike.

The 2012 edition of the YZF-R1 has benefited from more Moto GP-developed technology than any other in its long and prestigious history, says TMG Yamaha’s head of sales Chris Defiori.

“This model dominated road racing around the globe in 2011 by taking out FX, AMA and BSB Superbike titles thanks to Yamaha Australia Racing Team’s veteran ace Kevin Curtain, US star Josh Hayes and UK based Tommy Hill. In New Zealand, Dan Staufer dominated the Battle of the Streets series at Wanganui and Paeroa on a near standard R1.

“The YZF-R1 is our flagship model and the first examples have not been long in New Zealand. We’re looking forward to speaking with motorcycle fans of all ages at CRC Speedshow.”

TMG Yamaha also highlights the latest edition of their enduro racer, the WR450F which saw Yamaha designers, testers and engineers go back to the drawing board to re-invent the popular bike from the ground up. The new WR450 is described as retaining its hallmark features of reliability with the versatility to win at the highest level while still providing an easy-to-ride trail weapon.

The Yamaha Vity up for grabs in the prize draw is described by autotrader.co.nz as “being one of the smallest and lightest scooters in its class. The Vity 125 is geared towards fuss-free, efficient commuting, with enough pizzazz to up your cool-and-stylish factor significantly.”

VisorDown.com describes the 125cc Vity as “designed for riders who appreciate low running costs. It’s a classic-styled scooter that offers good engine and handling performance along with plenty of weather protection and under-seat storage.”

The sixth annual edition of the show dubbed ‘the greatest show on wheels’ takes place at the ASB Showgrounds in Auckland on 21 and 22 July. Tickets are available at the gate and the latest show news is updated on the website, www.speedshow.co.nz, on a regular basis, or follow the show on Facebook and Twitter.