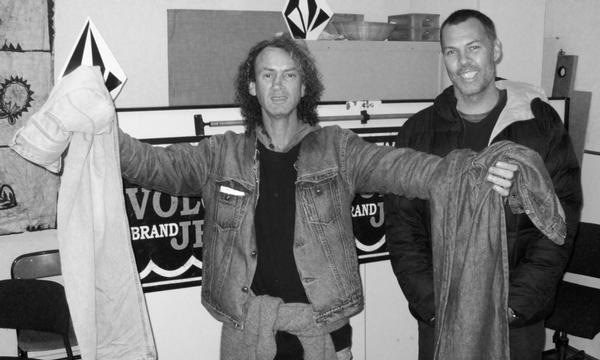 Auckland’s homeless gathered at Auckland City Mission today for a cooked BBQ breakfast and a free pair of jeans to boot – as Volcom’s Give Jeans a Chance campaign came to its conclusion.

Throughout May, over 2000 pairs of pre-loved but still wearable jeans were donated to Volcom retailers around the country, a number that has delighted Volcom Managing Director John Clapham.

“We’ve been totally blown away by the support we received from schools, board rider clubs and companies from right around New Zealand,” said Clapham.

“More than 500 ‘hidden homeless’ will be on Auckland streets this winter with around 40% of those under the age of 24.

“This morning we were really proud to be able to give some of these people a hot breakfast and fit them out in some good quality jeans for the cold winter months,” he said.

Any uncollected jeans from this morning will remain with the Auckland City Mission, who continues to work daily with an increasing number of homeless in and around Auckland City.

“Winter is an extremely difficult time for Auckland’s homeless and the Mission receives many requests for warm clothing and blankets,” says Robertson.  “Volcom’s Give Jeans a Chance campaign has been a wonderful way to boost our ability to provide our clients with warm clothing as the weather gets colder.”

Across the Tasman, over 5000 pairs of jeans were also collected and donated through appropriate charities throughout Australia, bringing the total for down under to a massive 7000 pairs of jeans – completely overshadowing last years donation total of just over 3000.

“We’re just so rapt with the generosity of people both here and in Australia,” says Clapham.  “We absolutely beat last year’s total, and look forward to receiving even more donations and helping out even more people in 2013.”