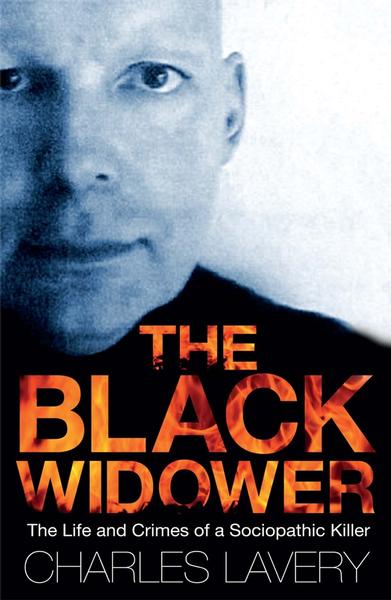 Lavery broke the world exclusive on the police investigation into Malcolm Webster aka ‘The Black Widower’, and first brought the story to the world's attention. Now, in his book The Black Widower: The Life and Crimes of a Sociopathic Killer, Lavery investigates Webster and his life of crime.

Lavery’s story spans continents and draws on court evidence, criminal profilers and forensic experts speaking for the first time about the man who wanted it all – flash yachts, houses and cars – and killed and poisoned to get them, ultimately ending up behind bars. His was the longest trial of a single accused person in Scottish legal history.

Webster killed his first wife Claire in Aberdeenshire, tried to kill second wife Felicity Drumm in her homeland of New Zealand, then returned to Oban in Scotland where a third woman, Simone Banarjee, had to be warned by police that her life was in danger. Webster was preparing to throw Banarjee from the yacht they owned during a honeymoon sailing.

Two strong women who survived Webster gave his first victim Claire a voice in court. Their testimonies and the wealth of scientific evidence is recorded and examined by Lavery in this, the first book to be published about Webster, his victims and his crimes.

Lavery said: "From the very first phone call, on a Friday night in a sunny Glasgow street, alerting me to the police case building against Webster, I knew this was a story I would have to follow to the very end. He is a fascinating character, but the women he targeted and the strength of their collective voice against him has been his undoing, coupled with some ground-breaking forensic work never before attempted. I speak with the experts, the QC who prosecuted him, the forensic pathologist who worked on the infamous 'sliver of liver' and a criminal profiler who studied Webster exclusively for the book.”

"It has been an interesting journey and the end result is a book that charts the life and crimes of Webster, through the cold, hard evidence amassed by investigators around the globe. With his appeal against his sentence due to be heard in September, it is also a story that has yet to reach its conclusion", says Lavery.

In the book, Derek Ogg QC, speaks of a "most cruel and practised deceiver" who thought he could cover his tracks by committing his crimes on opposite sides of the world:  "It was huge, the biggest case of my life by some distance. The logistics of it were incredible. The timescale was incredible, as were the time zones. It was a behemoth of a case and my job was to pull it into bite-sized chunks, iigsaw pieces that a jury could join together in court. "I'll never see another case like Webster, at least I hope I don't.”

Dr James Grieve, the forensic pathologist who invented scientific techniques to prove that first wife Claire Morris had been sedated prior to the car crash in Aberdeenshire, speaks for the very first time about his involvement in the Webster case, including some startling new evidence on steps he took to protect Claire Morris's tissue samples, stored since her death in a fireball crash.

Grieve said: "I can safely say Webster has been the single most interesting case. The challenges involved, the man himself, the story of his crimes, and the fact that we were able to help, gives me no small sense of satisfaction at a job well done. He tried to manipulate people around him for his own gain and he should pay the price for that. "My part in his downfall, as it were, is a relatively small one, but I am glad we were able to provide the means to go after him."

Charles Lavery, a seven times award-winning journalist and former chief reporter with the Sunday Mail in Scotland, was named Reporter of the Year at the 2009 Scottish Press Awards after he broke the world exclusive on the police investigation into ‘The Black Widower’.

The Black Widower by Charles Lavery is published today by Random House New Zealand under the Mainstream imprint; RRP: $34.99.