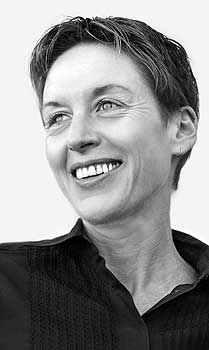 There will be a keen sense of anticipation when poet Rhian Gallagher reads from her latest collection at the next Writers Read event in Wellington on Thursday July 26 – the night before National Poetry Day.

Ms Gallagher’s book Shift has been selected as a finalist in the poetry section for the New Zealand Post Book Awards to be announced a week later.

She has been described by Bill Manhire as “one of the quiet, astonishing secrets of New Zealand writing.” Her first collection, Salt Water Creek, was published in the UK in 2003, and was shortlisted for the Forward Prize for First Collection. Two years later she returned to New Zealand after living in London since the late 1980s. In 2008 Ms Gallagher received the Janet Frame Literary Trust Award and in 2010 another work, Feeling for Daylight: the Photographs of Jack Adamson, was published by the South Canterbury Museum. Shift, published simultaneously here and in the UK, is her second book of poetry.

Dr Ingrid Horrocks, from the School of English and Media Studies, who coordinates the Wellington Writers Read events, says the annual series of readings is now firmly established on the literary calendar with events on all three Massey campuses.

Previous Writers Read events have featured leading literary figures such as Witi Ihimaera, Glenn Colquhoun and Jenny Bornholdt. Writers Read is a free public event with wine and nibbles available after the reading in Wellington and preceding it in Palmerston North.