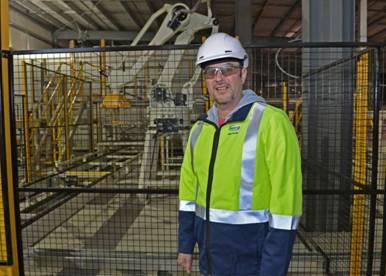 When one door closes another opens: Ex Canterbury Brewery worker Mike O'Dea is now part of the team at Fonterra Darfield. CREDIT: Fonterra 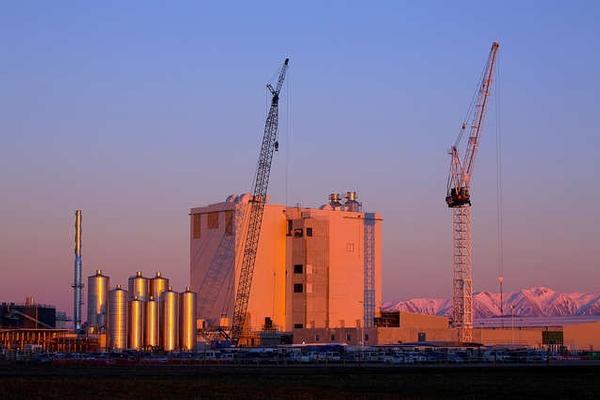 The new 60-strong team at Fonterra Darfield are into their final few weeks of trials before the first milk arrives.

Fonterra Canterbury Operations Manager Richard Gray says everyone is excited to see their hard work come to fruition as the site transitions from a building phase into trialling and then into full operations.

“Safety and quality are our top priorities and, with all the team on board, our focus is on testing the new plant’s processes with water,” he says.

New members of the team have been familiarising themselves with the systems by visiting four of the Co-op’s 26 sites around the country, including Te Rapa and Whareroa in the North Island and Clandeboye and Edendale in the South Island.

“While it’s still very early days, it’s already clear that the new team has a real depth of skills and experience. And it’s been great to see most of this talent coming from the local area,” says Mr Gray.

Career opportunities at the new site have been a good option for those affected by the Christchurch earthquake, says Mike O’Dea, one of the new packing operators at the plant.

“Earthquake damage meant Canterbury Brewery had to be shut and I was made redundant. But when one door closes another opens and it’s great to have this opportunity, says Mr O’Dea.

“There’s a big emphasis on excellence on site. I’m the last eyes on the product before the customer sees it.”

Mr Gray says there is high demand for roles at the new site, both from locals and from people around the country.

“We’ve had a great response from locals with three quarters of the jobs going to people from the Canterbury region.”

Fifty more positions will be added in 2013 when the site’s second drier comes on line.

When both driers are fully operational the site will process up to 6.6 million litres of milk.

“This will further optimise Fonterra’s production and product mix for New Zealand milk, which is an important platform for our strategy,” says Mr Gray.