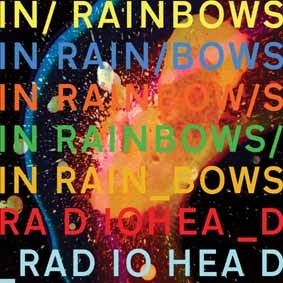 Radiohead release the album "In Rainbows" on CD and vinyl on December 31.

The single, "Jigsaw Falling Into Place" will be released on January 14, 2008.


The single is already the most played track from the album on UK and US radio. Formats for the single will be announced shortly.

"In Rainbows" was released in download format earlier this year, when it was received with huge acclaim in the press.

" "In Rainbows" is a brilliant work. Once again Radiohead have proved themselves priceless". Q

"Radiohead were always untouchable. For now, one of their finest albums is too". The Word

"Artistically and in terms of a new business model, "In Rainbows" is a necessary masterstroke" Mojo

"This is the best Radiohead album since "OK Computer" NME

" "In Rainbows" is priceless" The Sun

"A very important album that doesn’t flaunt its own sense of import? Now that’s really innovative" The Observer

In response to purely speculative figures announced in the press regarding the number of downloads and the price paid for the album, the group’s representatives would like to remind people that, as the album could only be downloaded from the band’s website, it is impossible for outside organisations to have accurate figures on sales.

However, they can confirm that the figures quoted by the company comScore Inc are wholly inaccurate and in no way reflect definitive market intelligence or, indeed, the true success of the project.