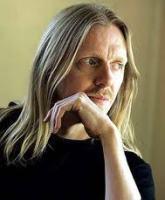 The film - shot on location in New Zealand and Bougainville - is an adaptation of the critically-praised New Zealand novel 'Mr. Pip' by Lloyd Jones.

"Mr Pip’s selection again places a spotlight on New Zealand’s wider film making talent in what is set to be a massive year for our industry."

"Andrew's film is truly epic. The audience is taken on a huge emotional journey through joy and sorrow and emerges feeling both uplifted and inspired," says Robin Scholes.

"It is all the more powerful because it is founded in the real life stories of the Bougainvillean people who helped shape and make both the book and the film."

Adamson and Scholes will attend the première of Mr Pip at the 10-day festival, which begins on 6 September, 2012.

Mr Pip
Lloyd Jones' Mr Pip was shortlisted for the prestigious Booker Prize, and is a story about courage and the power of the imagination.

When the eccentric Mr Watts (Laurie), the last white man left on the war-torn island of Bougainville is asked to reopen the school, he begins to read the children his favorite novel, Great Expectations.

Matilda, a gifted 14-year-old student, conjures the novel’s Victorian characters and befriends Pip who helps her to endure the violence and moral uncertainty of her daily life. The friendship inspires Matilda not only to survive, but to love, forgive, and celebrate the power of her own voice.

The film was financed by Olympus Pictures, Daydream Productions, Eyeworks Films, The New Zealand Film Commission, NZ on Air and TV3. Mr Pip will be distributed in New Zealand and Australia by Transmission Films and Paramount Pictures.

He served as executive producer on Shrek Forever After, and as producer on The Chronicles of Narnia: the Voyage of the Dawn Treader.

Founded in 1976, Toronto International Film Festival is regarded as one of the most important and influential media events on the international film and entertainment journalism calendar. Its size and timing makes it the première launch-pad for the Oscar season. The festival presents more than 300 films, and attracts a total audience of 280,000+. The 2012 programme will include premières from industry heavyweights such as Robert Redford, Dustin Hoffman and Terrence Malick.