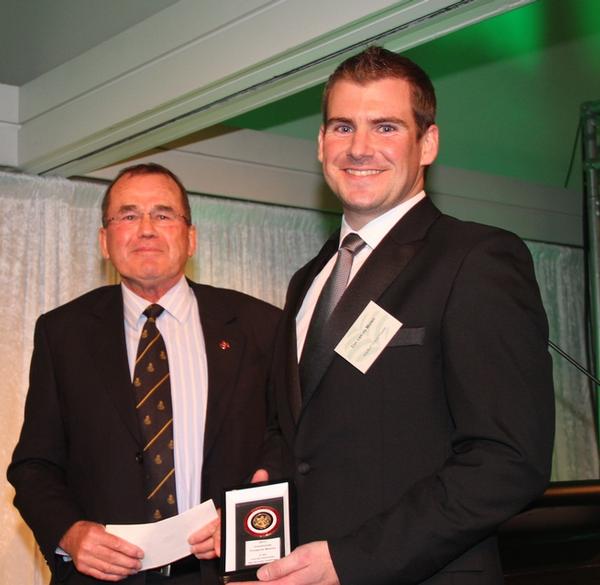 On the back of winning the Royal Agricultural Society of New Zealand (RAS) Rural Young Achiever award, New Zealand Young Farmer member Tim van de Molen was announced as the Australasian Rural Youth Ambassador in the finals at the Darwin Royal Showgrounds on 25th July 2012.

Van de Molen, co-founder of the Hamilton Young Farmers Club and 2011 runner up at The National Bank Young Farmer Contest was ‘thrilled and overwhelmed” by the win.

This is a historic win for New Zealand as it is the first time a kiwi has won the award in only the second year the competition has been extended across the Tasman.

He was expecting tough competition against six competitors from Australian states and territories “all the finalists have achieved incredible things in their career so far” says the 29-year-old agribusiness manager for ANZ.

New Zealand Young Farmers Network Manager Sara Russell and one of three judges for the New Zealand Rural Young Achiever award says “we are over the moon with Tim’s win over the Aussies in the Rural Ambassador competition.  The Young Rural Achiever Award which selects the New Zealand representative for the Rural Ambassador competition was fiercely contested this year.  Tim was a great choice and proved to be the right man for the job.”

Once in Darwin van de Molen was put to the test in a gruelling process which included an interview with questions on goals, ambitions and community involvement as well as delivering a speech.

The candidates were asked their views on the live export trade and a ‘range of questions on industry involvement which was challenging as questions were tailored towards agriculture in Australia; however I had prepared for that” says Mr van de Molen.

Waikato based van de Molen noted the biggest difference between competing at international level in comparison to the national level was the “calibre of contestants and the knowledge they have within the industry.”

As part of the prize package he receives a $5000 travel grant to further his agricultural interests and has indicated Canada or the United Kingdom as a place of interest.