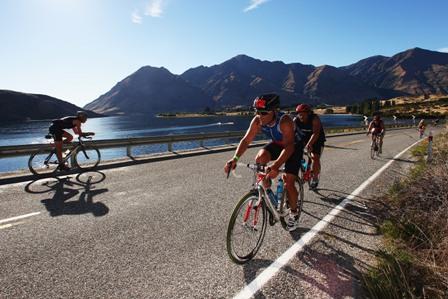 Challenge Wanaka on Track for Record Race in 2013

New Zealand's Challenge Wanaka is on track for its largest field ever on 19 January 2013 with over 1,100 athletes already registered across both the half and full distances.

Challenge Wanaka race director, Victoria Murray-Orr, said it was encouraging to see such strong entries and attributed it to Challenge Wanaka’s South Island setting on the edge of the Te Wahipounamu World Heritage Area and unique Challenge Family atmosphere.

“Challenge Wanaka has become one of New Zealand’s iconic races, “ said race director, Victoria Murray-Orr. “There’s no other race in New Zealand that is internationally renowned for its spectacular course on the edge of a World Heritage Area. The swim in the crystal clear alpine lake surrounded by mountains, an honest and testing bike course and a marathon that is rated by athletes as one of the best in the world.”