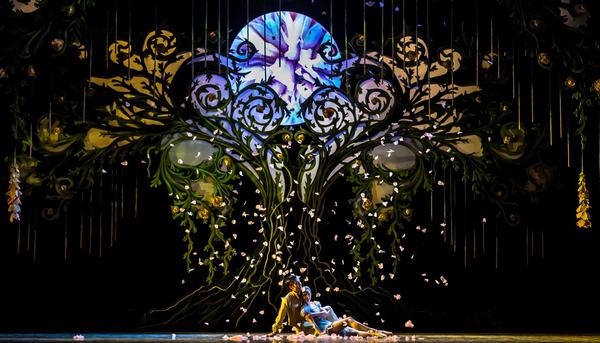 Cinderella gets sparkling reviews ahead of tour

The Royal New Zealand Ballet’s ravishing interpretation of the much loved fairytale wowed audiences and critics alike.  The TOWER Season of Cinderella opened in Wellington on 2 August and at every performance there was an audible gasp from the audience as Cinderella arrived at the ball in a tutu decorated with 90,000 Swarovski crystals that glittered under the lights.

The RNZB is now in Invercargill and then travels to four other centres before closing in Auckland on 9 September.

Here’s what the critics are saying:

“Exquisite.  A feast for all senses.” -  Francesca Horsley, NZ listener

“Sumptuous, satisfying and pleasing to the eye” – Lyne Pringle, www.Theatreview.org.nz

The RNZB has experienced a surge in Facebook followers over the last week.  Here’s what audience members are saying via www.facebook.com/nzballet

“Beautiful dancing, stunning sets and really evoked the magical feel of the Cinderella story. Me and my two girls absolutely loved it!

Five local children between the ages of 8-13 have been selected to take part in the production in each centre.  Three girls will play the young Cinderella and her two step sisters, and two boys will get to go to the ball as page boys.  The small, non-dancing roles provide young local ballet students with an opportunity to be on stage with New Zealand’s national ballet company, performing in front of a large local audience.

The TOWER Season of Cinderella