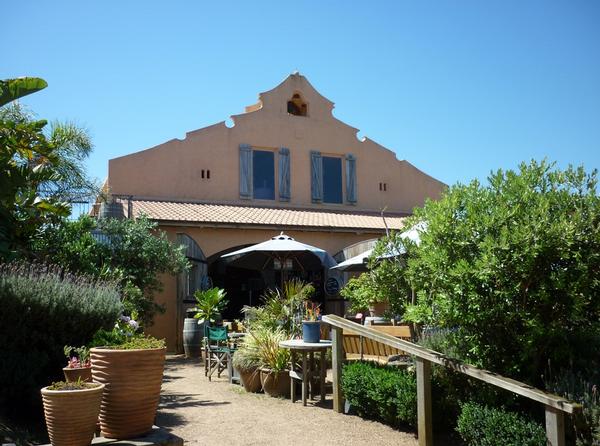 Wine, beer, and spirits &#8211; the perfect cocktail for a unique hospitality business on the market for sale on Auckland's Waiheke Island. CREDIT: Bayleys 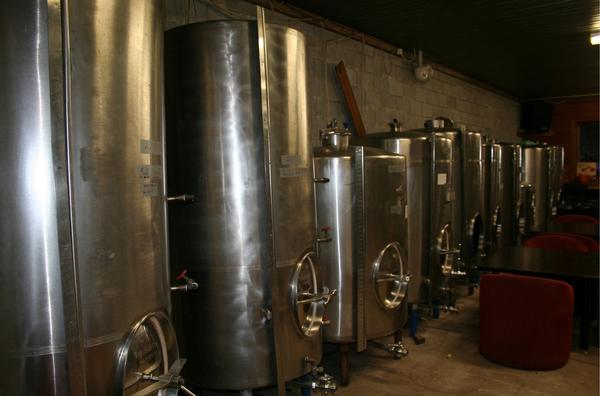 A multi-faceted alcohol manufacturing facility and hospitality operation surrounded by some of New Zealand’s ‘heavy hitters’ in the red wine market has been put up for sale.

Saratoga Estate on Waiheke Island in Auckland’s Hauraki Gulf is an 8.4 hectare property run as the umbrella brand for multiple food and beverage operations – including a stand-alone winery, restaurant, and function venue. The offering also includes a complete brewing operation, and a spirits distilling plant.

The venue is bordered on two sides by high profile Waiheke wine labels Te Motu and Stonyridge which produce some of New Zealand’s classiest and most expensive Bordeaux-style wines. A further boundary neighbouring Saratoga Estate’s land overlooks what has been planned for a luxury five-star hotel resort operating under the Langham brand.

Machinery and equipment in Saratoga Estate’s winery includes several hydraulic presses, a de-stemming unit, six fermentation tanks, and 12 stainless steel storage tanks. Meanwhile, the brewery kit features a 1000 litre kettle, mash tun, and a selection of conditioning tanks. The distillery is a triple-head unit and comes with its own fermentors and storage tanks.

A laboratory facility and bottling plant was used to maximum efficiency by handling all three liquor products to ensure not only health and safety requirements, but for product development. Irrigation for the vines, and for the brewing process, is drawn from a bore within Saratoga’s boundaries.

The Saratoga Estate land, buildings and plant have been placed on the market for sale with Bayleys Waiheke through a campaign closing on August 30, 2012. Bayleys Waiheke country and lifestyle salesperson Pat Regan believed the Saratoga plant was the only lifestyle operation of its kind in New Zealand to contain a winery, brewery, and distillery all in one location.

In addition to the liquor manufacturing side of the business, the Saratoga Estate offering also contains a 40 seat al-fresco café style eatery with a strong past trading record as a function venue. A 30 square metre tasting room and retail sales outlet open to the public for takeaway purchases adjoin the café and winery amenities.

“The hospitality side of Saratoga Estate’s business allowed for the final stage of a totally integrated supply chain – where a large proportion of the Saratoga Estate-branded wine and beer were sold,” Mr Regan said.

“Regrettably, the hospitality side of the company has not operated for the past 12 months. This gives substantial scope for a new owner to stamp their own brand on re-building that arm of the business.

“Saratoga Estate’s brewery gained a strong local following on Waiheke over the years, and was a favourite off-premise outlet for those wanting a beer outside the flavour realms of the more commercial bigger labels.

“Meanwhile Saratoga Estate’s wines were served at the numerous wedding, anniversary, birthday, and corporate functions held on premise. Function food was prepared at the café kitchen – further solidifying the one-stop-location business strategy for the various revenue streams under one roof.”

Mr Regan said Saratoga Estate’s business, as with virtually all Waiheke hospitality operations, drew in its biggest revenues over the summer period. However, he said that Saratoga’s scale as a function venue meant that turnover was sustained throughout the rest of the year - with bookings from both mainland Auckland, and the domestic Waiheke market.

The Saratoga Estate property comes with a three-bedroom owner’s residence, and an additional three-bedroom staff/guest cottage. The land, buildings, vine plantings and equipment have a ratable value of $3.65million. Mr Regan said that ill health had motivated Saratoga Estate’s owners to place the property and plant up for sale.

“Factoring in a standard due diligence process, the opportunity is there for a prospective new owner to be in place at Saratoga Estate midway through spring in time to capitalise on the frantic Christmas and New Year trading periods,” Mr Regan said.