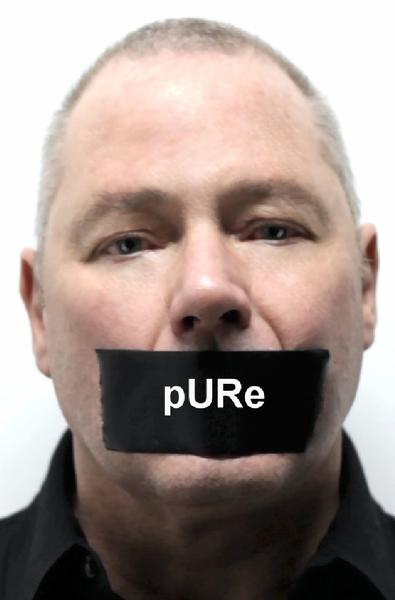 Playwright and Director Melissa Fergusson brings a stimulating and contemporary piece of theatre to the stage in her latest work, pURe, which is premiering as part of a double-bill with Motherlock.

pURe is high impact dramatic work exploring the dysfunction of relationships through turbulent reality and drug use.

Will (Alistair Browning) is seduced in to the world of methamphetamine through a surprise encounter with former fling, the calculating Anais (Rebecca Parr).

pURe consumes all in its path, no relationship is spared from its devastation, and it is difficult to escape its grasp.

Fergusson said she was inspired to write 'pURe' because “methamphetamine is so prevalent in NZ society and effects families from all walks of life. Meth rapidly hooks people into the cycle of addiction and wastes life away. It takes a person's soul from them.”

‘pURe’ is endorsed by outspoken activist and life coach, Christina Stroud; published author of two books and founder of the True Potential Trust and Hope of A Nation; organisations chartered to stop the supply and demand of methamphetamine into New Zealand. Stroud has provided expert advice on the use of methamphetamine and its effects to Fergusson and cast to enhance the credibility on stage through enabling the characters to replicate true to life physical and emotional behaviours.

Both Fergusson and Stroud hope people will learn from ‘pURe’ and be motivated to incite positive change in their communities.

Fergusson says, “I want people to be educated and understand how this drug takes people's lives in to its grip. There may be audience members whose son/daughter is currently using and they are unaware, or even people in the audience itself who have a problem and are in denial. I want people to know methamphetamine is a real problem, potentially knocking at their door”.

‘pURe’ premieres as the second part of a double-bill with Fergusson’s earlier work Motherlock, which has been re-cast, re-mastered and had dramaturgy from Peter Matheson (one of Australia’s leading dramaturgs) with multi-media incorporated in to stage craft. Motherlock was critically acclaimed in its earlier seasons that included showings as part of Auckland, Wellington and Melbourne Fringe Festivals. This time Tara O'Brien is “the mother”, coming off recent successes in “The Intimate Confessions of Room 319,” short film “Going Live” and feature film “Someone to Carry Me.”

charlatan clinic continues to capture audiences and produce provocative, intelligent and insightful professional theatre. Film-making is on the agenda, Motherlock and pURe will be made in to a screen play and filmed 2012/2013. pURe is also set to take the stage as part of the Auckland Fringe Festival 2013. Motherlock and pURe will be performed as a double-bill in to Los Angeles in 2013 to show case its work to a growing USA fan base.

About pURe:
An educational theatre piece written and directed by Melissa Fergusson that explores drug addiction and the destruction it has on relationships.

Performed by:
Alistair Browning (Osage County, Homeland, Anything Goes) is an accomplished award winning New Zealand Stage and Screen (Lord of The Rings, Siege, Rain), actor with six awards to his name including three New Zealand Theatre Critics Awards for Best Actor.
Rebecca Parr is an award winning British actor and voice artist, with a BA (Hons) in Acting and a Diploma with Distinction in Radio Broadcasting. Rebecca lived in Beijing, China as a full time actor and voice artist for four years and in Auckland, Rebecca has been the lead in over 14 short films, 2 plays and is news reporter Julie Caulder in Shortland Street (up and coming episodes).

About Motherlock:
Motherlock is a brazen contemporary piece of theatre based on the true experiences of New Zealand playwright and director Melissa Fergusson, following one woman’s journey through four pregnancies to different British men.

Performed by:
Tara O’Brien modelled for 3 years in the UK, before moving into her true passion - Acting. Since arriving in New Zealand Tara has taken an active role in the New Zealand film and theatre scene. Recent successes include: “The Intimate Confessions of Room 319,” short film “Going Live” and feature film “Someone to Carry Me.”