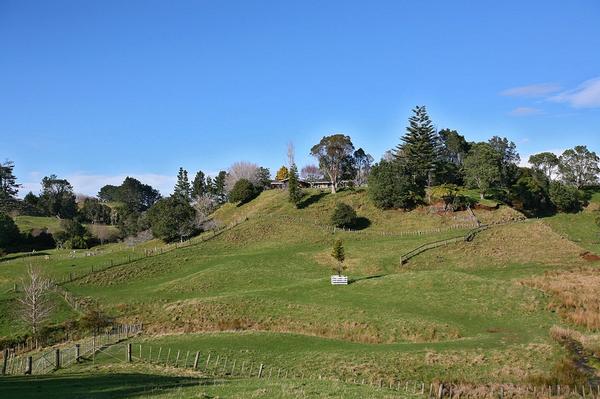 A subdividable lifestyle block on the outskirts of New Plymouth for sale by mortgagee process is attracting interest from potential buyers. CREDIT: Bayleys

A consented lifestyle block development on the outskirts of New Plymouth has been placed on the market through a mortgagee sale process.

The 13.59 hectare site – with council approval to subdivide it into six smaller lifestyle block sections – with a substantial family home. The site consists of two titles – one of 5.39 hectares and the other of 8.2 hectares.

New Plymouth District Council granted the land’s owner resource consent to undertake a six-plot subdivision of the smaller location in 2010.

The two sites are just one kilometre east from the boundary of New Plymouth city, and are being sold by Bayleys Taranaki at auction on August 29. The landholdings had a combined 2010 government valuation of $1.265million.

“That option could also work well if we also garner similar interest from a developer or other potential lifestyle block owner who is only interested in the potential of the smaller site.

“The two sections could also be sold to someone wanting a bigger lifestyle block, or who is again interested in the existing homestead, but wants to buy the neighbouring land to ensure their quality of their rural lifestyle is maintained,” Mr Angus said.

“The existing home is a 1960s style single-level dwelling which has solid ‘bones’. Or it could be given a ‘Block’ style makeover and totally modernised to take advantage of the abundance of surrounding lush rolling hillside farm land.

“There is enough planted pasture on both blocks to sustain a small amount of livestock - although animal numbers would definitely be in the ‘lifestyle’ category, rather than as a commercially viable primary produce production unit.”

Mr Angus said that having a mortgagee sale process associated with the disposal of the properties had generated numerous enquiries from lifestyle block buyers or developers searching for a long-term holding.

“Potential buyers must be aware though, that in a mortgagee sale, the vendor gives absolutely no guarantee to vacant possession, nor the list of chattels contained within the property,” he said.

Mr Angus said it was hard to put a value on the land and dwelling value until both were taken to auction.

“A number of potential buyers we have already spoken to are keeping their proverbial ‘cards close to their chest’ in terms of indicating where they see value for these landholdings, so until the auctioneer’s hammer comes down, we won’t really know their true market value,” he said.

“All we can say is that the options are wide open for anyone wanting a lifestyle block just minutes from New Plymouth.”