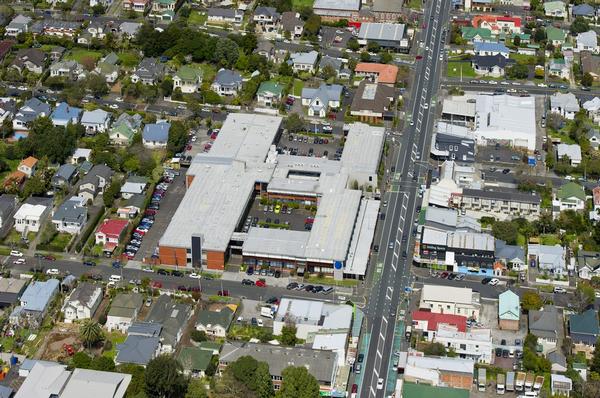 The proportionate unit sell-down of ASB's service centre in the Auckland suburb of Mt Eden closed off oversubscribed and ahead of schedule. CREDIT: Bayleys

The syndicated sale of ASB bank’s national support centre building in Auckland has successfully been completed – with applications oversubscribed ahead of the scheduled closing date.

The proportionate title sale of the huge low-rise commercial office complex in the Auckland suburb of Mt Eden property was completed in less than four weeks. It closed off on August 10.

Some 340 individual units in the property were sold at $50,000 each through property development/management company Augusta Funds Management Limited. The sell down was marketed and brokered through Bayleys Auckland.

Augusta Funds Management Limited is the wholly-owned subsidiary of NZX-listed Augusta Capital Limited (formerly Kermadec Property Fund Limited), and has a market capitalisation of approximately $58million. It manages or owns more than $300million of investment property in New Zealand.

Augusta Funds Management purchased the property for $26.73million plus GST. Augusta negotiated an extension of the original ASB lease - creating a new 12 year term with ASB Bank Limited from July 2012 with annual 2.5percent rental growth, and with a further six-year right of renewal – thereby extending the remaining potential lease term up to 18 years, expiring in 2030.

Augusta managing director Mark Francis said the proportionate ownership offering was projected to provide a cash return of nine percent per annum for the first year.

Bayleys Auckland commercial and industrial salesperson Mike Houlker said the underlying fundamentals of the offering were very strong and ensured that the $50,000 units were in hot demand.

“As with any investment opportunity, investors are looking for a good building, with a proven tenant and a long lease with growth prospects. The commercial premises at 360 Dominion Road certainly delivered those… tenants don’t come much stronger than ASB Bank, and with a lease expiring in 2030, that’s a lengthy tenancy in anyone’s books,” Mr Houlker said.

The solid-looking property at 360 Dominion Road was constructed in various stages between 1967 and 1981. It underwent a significant and award-winning refurbishment in 1996 when ASB bank first moved in, and currently houses some 630 bank staff in a variety of banking and credit card support service functions.

“Unit buyers came from a wide cross-section of New Zealand society – both geographically, and demographically. We had a considerable number of traditional ‘mum and dad’ investors in their 40s and 50s, a large percentage of retirees looking for an investment offering better returns than bank term deposits, and we also sold to a number of professionally-run family trusts,” Mr Houlker said.

“The common feedback we received from the market throughout the campaign was that the forecast rate of return, nine percent in the first financial year alone, was far better than other options in the investment market.

“Combined with a ‘bricks and mortar’ building, and an outstanding tenant, built-in annual rental growth, all of our $50,000 unit buyers were comfortable with the total package being offered.”

Mr Houlker said all deposits from unsuccessful applications have been returned. Mr Francis said Augusta was already looking at its next high value proportional ownership purchase in the Auckland market, and he expected to make an announcement on the acquisition shortly.

“The investment market has spoken loud and clear with this ASB offering, and we have taken the feedback on board – that given the right premises with the right tenant in place, underwritten by a strong lease, and interest is definitely out there,” Mr Francis said.