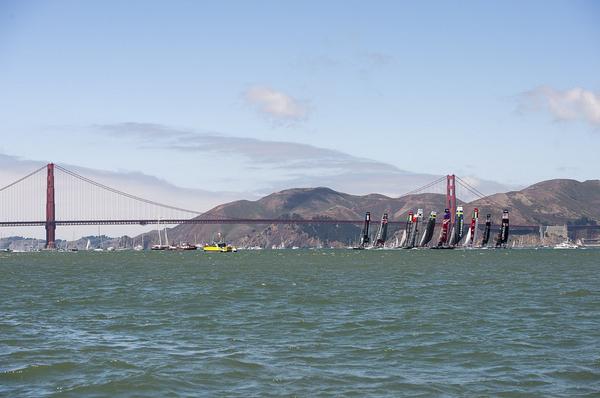 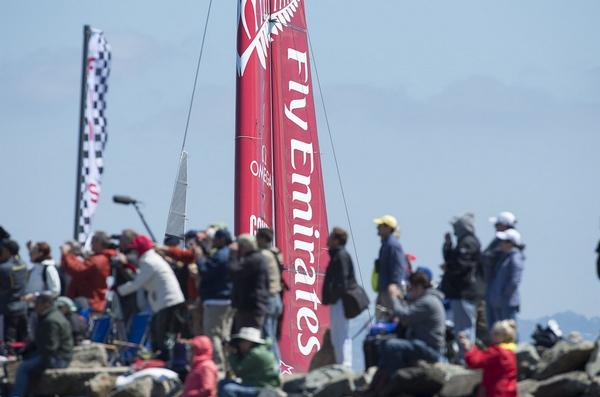 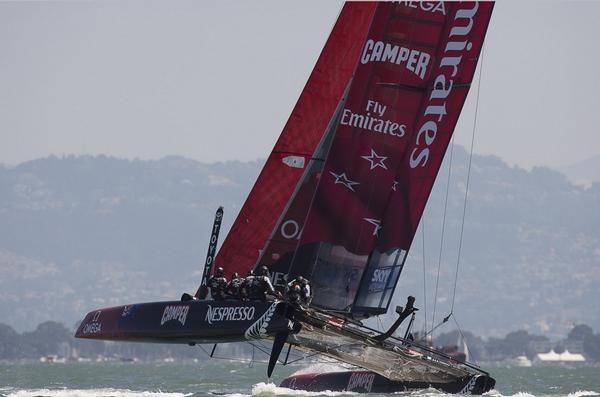 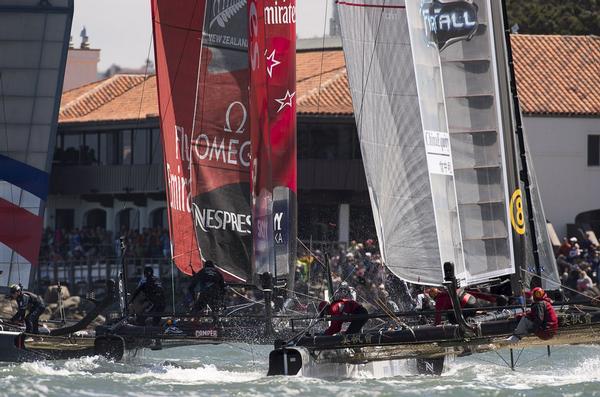 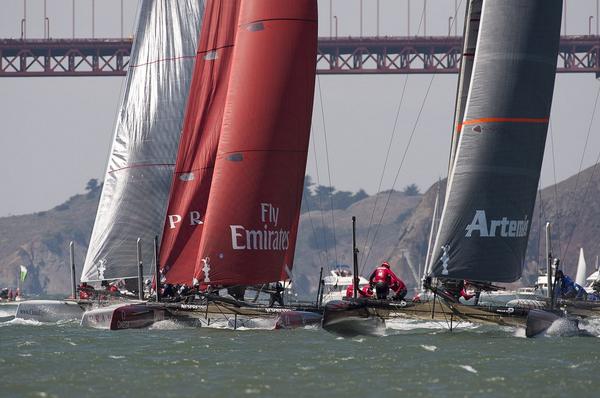 Emirates Team New Zealand returns to New Zealand overnight to jump headlong into the AC72 testing programme and turn around its poor form in racing the AC45.

Ahead of the team is the demanding AC72 programme and one month to get the formula right for the next San Francisco America’s Cup World Series regatta.

Skipper Dean Barker said the team had been flat all week. “We didn‘t spark – we let ourselves down.”

Yesterday they were knocked out in the sudden-death match race semifinals by Oracle 4 (Spithill) and finished fourth on the leaderboard. Oracle 5 (Coutts) won the final against teammateSpithill today. Artemis White took third place on the leaderboard.

In today’s final fleet race – which scored 40 points for the win against 12 for earlier fleet races – the team’s lack of form was again evident. The start was reasonably good but they were luffed at the first mark and slipped back through the fleet and never recovered.

Barker said: “We have a long way to go to get back to our best.”

Barker said the one positive for the regatta was that “a week ago we had never sailed a catamaran on the Bay. Now we have some knowledge of local conditions even though our understanding is far from complete.”

Barker said that in the weeks ahead “we have got to find the balance between working the 72 and racing the 45.”

Grant Dalton, who spent the regatta in a chase boat, acknowledges that the team has a lot of work ahead of it.

“We have never been off the podium since the unsuccessful 2003 defence of the America’s Cup. San Francisco is the team’s worst result since then.

“Throughout this week, I kept expecting it to come right but it never did. It was more than just one of those regattas that didn’t go our way.

“We have only a month before the next regatta to turn it around without losing sight of the AC72 programme.”