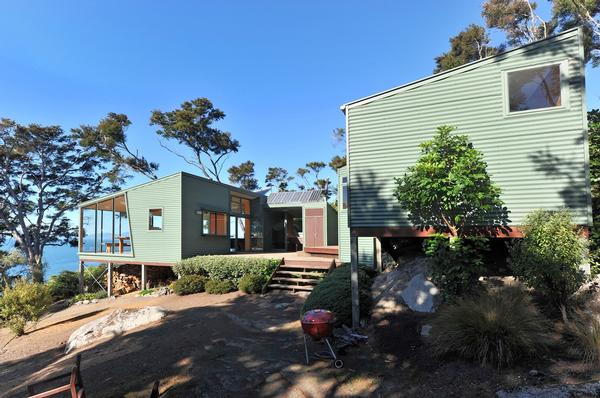 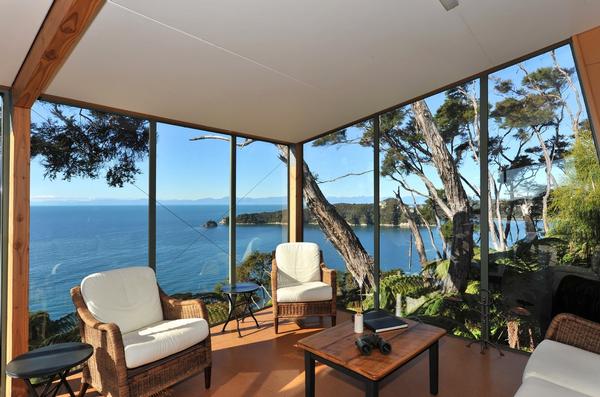 One of only five pockets of privately owned land in the Abel Tasman National Park has been placed on the market for sale.

Accessible by boat or on foot, the 2.7 hectare property in Boundary Bay on the park’s coastline has its own deep water mooring, giving direct access via the beach to the golden sand hideaway.

The property has been home to the descendants of the Wills family for more than 70 years. The then 40 hectare block of land was purchased by Christchurch lawyer Eric Wills from his uncle, Henry Deck, just before the beginning of World War II, and before Abel Tasman National Park was established.

The Wills family began camping on the land during the summer of 1949, with up to 30 people at a time pitching their tents.

By the 1980s, the land was one of the last major freehold blocks within the Abel Tasman National Park. The 16 hectares was subdivided into the five lots which were passed down to different family members, with a parcel of 32 hectares converted to national parkland.

One 2.7 hectare section was left in trust for Eric Will’s granddaughters Sarah, Victoria and Emily Templeton.

The property has been placed on the market for sale by Bayleys for $1.58million. Marketing the property are Bayleys Motueka salespeople Tania Wilkins and Jan Long.

Ms Wilkins said the property had been a summer holiday retreat for the Wills family for many years.

“The Wills family spent many a happy summer on the property, pitching tents on the beach or in the bush, and enjoying the simplicity of the basic amenities and uninterrupted views of Tasman Bay,” she said.

“Then 11 years ago the family employed Greymouth-based architect Gary Hopkinson to build a more permanent structure in the form of a Kiwi bach. Heather Templeton, Eric Wills’ daughter, has made the bach her permanent home over the past seven years.”

The 114 square metre four bedroom bach has been designed with two wings, linked by a multi-level deck. The deck provides an area for outdoor living, cooking and dining. One of the wings contains four bedrooms which can accommodate up to 12 people and a bathroom, while the other wing houses the kitchen, dining and living area.

The bach has an outdoor solar shower, a composting toilet and washing area covered by a permanent roof. Water is sourced from rain water and pumped via a petrol-powered water pump to a 25,000 litre capacity holding tank and gravity fed to the beach. The property is powered by solar panels, with a back up petrol generator on site. The bach and surrounding area has mobile phone coverage as well as broadband.

Access to the property is via the sea to Boundary Bay, then up a 10-mintue foot track through the native beech forest to the house. The property is also easily accessible from the main Abel Tasman National Park walkway via a 15 minute private track which arrives at the top of the headland where the private holiday retreat is situated.

The property is also within walking distance of Torrent Bay, Frenchman’s Bay and Bark Bay.

There is also the possibility of accessing the property by helicopter should the new owner wish to, Ms Wilkins said.

“Heather wanted the bach to replicate the many happy summers she spent in Boundary Bay as a child.

“With Heather’s return to Christchurch planned, the Templetons have made the decision to allow the property to pass into the hands of another family who will enjoy the bush surroundings and coastal views as much as they have done for many decades.”