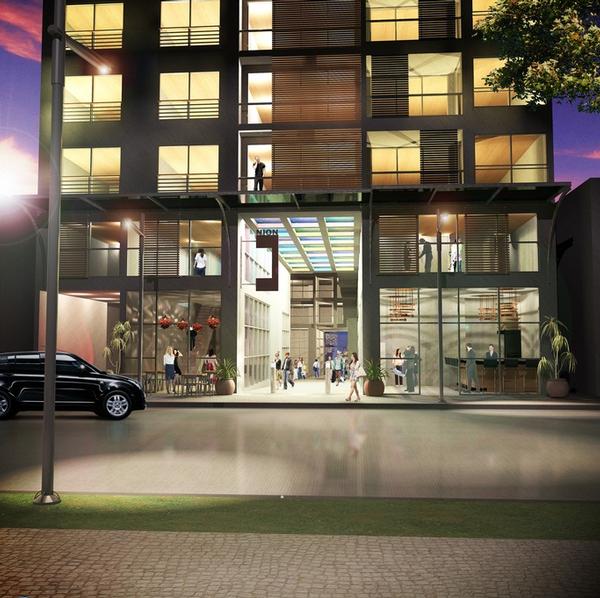 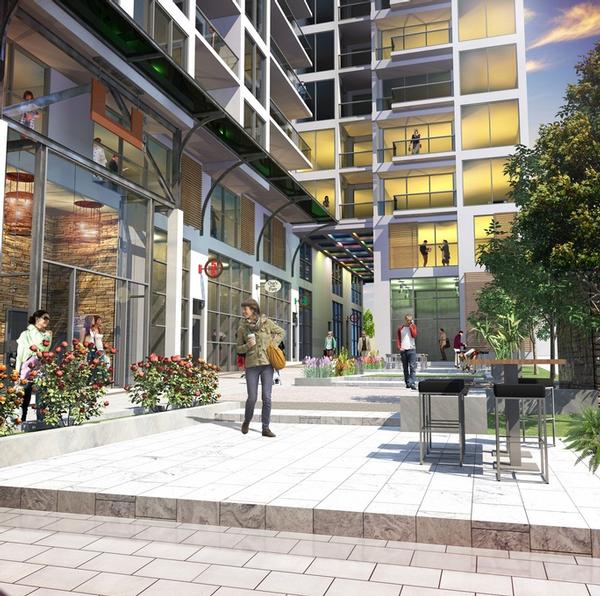 The evolution of central Auckland through the development of mixed-use commercial/retail and residential spaces is set to re-emerge after a four year hiatus with the announcement of a huge new building project on the CBD-fringe.

The SugarTree development along the ridgeline bordering Sky City on one side and overlooking Victoria Park on the other, will feature a stage one offering of 15 ground-level commercial and retail units, with an additional 160 apartments above.

The project is a three-stage joint venture development which will eventually encompass an additional 4000 square metres of commercial and retail space, and an additional 340 apartments.

SugarTree’s joint partners are Auckland property developer Wayne Allen of Nelson Union Ltd, and Chinese-based Lily Investment FTC Ltd. Allen has been involved with the creation of several large-scale warehouse/commercial and lifestyle subdivisions in South-East Auckland since the 1990s – including his own vineyard and winery in Whitford.

The 15 freehold commercial and retail units in the SugarTree precinct are available in a mixture of sizes and configurations – ranging from 35 square metres to 73 square metres. Eight of the units will be live/work space with a single unit residential dwelling above them. They are being marketed as either lease tenancies or for sale.

The commercial and retail units are being leased and sold through Bayleys Central Auckland, with salesperson Millie Liang expecting the due diligence process of potential buyers to take several months.

“The brief from SugarTree’s management has been to secure upmarket retail operations which would support the residential population of the units above,” Ms Liang said.

Suitable retail tenants would include a gymnasium or fitness studio, hairdresser, drycleaner, licensed food and beverage operation such as a café or wine bar, and a high-end boutique grocery store specialising in home-meal-replacement offerings, she said.

The SugarTree development is located within a mixed use zoning under the Auckland City Council District Plan. Mixed use zones have an emphasis toward shared residential, commercial and retail activities.

“In the 1990s and 2000s, the numerous high rise apartment blocks which sprung up around Auckland’s CBD fringe were constructed without complimentary infrastructure amenities – such as retail outlets where residents could shop, or commercial premises delivering a work/home option,” Ms Liang said.

“SugarTree’s planners and architectural designers have recognised that occupants in inner-city apartment blocks need a café or a wine bar to relax in away from their domestic environment. Or that those requiring a boutique commercial space for an internet-based business for example, would prefer to have a place of work close to their place of residence.”

Construction of stage one of SugarTree is scheduled to begin in the middle of 2013 and be completed by the end of 2014, with stages two and three planned to commence on a rolling schedule after that, through to an end date of 2016.

Ms Liang said stage two of the development would include a franchised child care centre as an anchor tenant, with the expansion of retail outlets to service the growing residential population – cementing the precinct’s ‘destination’ status.

“The existing presence of food and beverage outlets or social amenities in an immediate 400metre radius around SugarTree is quite sparse. This development will go some way to establishing a neighbourhood hospitality hub,” she said.

“In addition to servicing the immediate SugarTree resident population, the retail outlets within the complex will also act as a magnet for workers in adjacent office blocks within that 400 metre catchment radius. The hub will fill a void which stretches from the Sky City environs in the east to the Sale St/Victoria Park precinct in the west.”