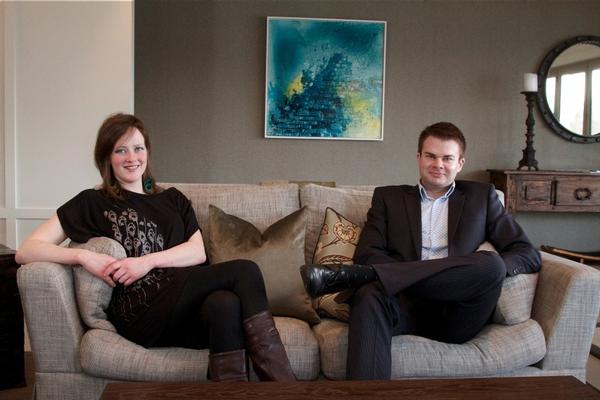 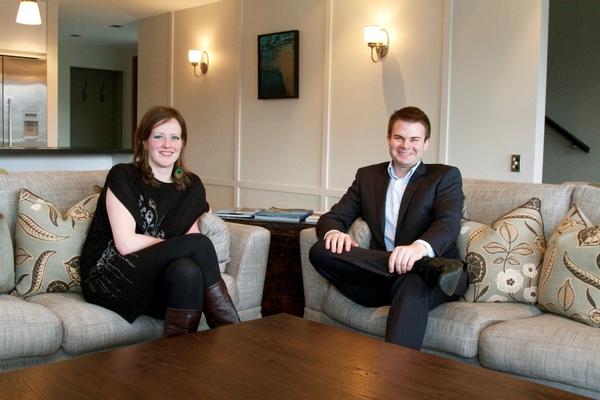 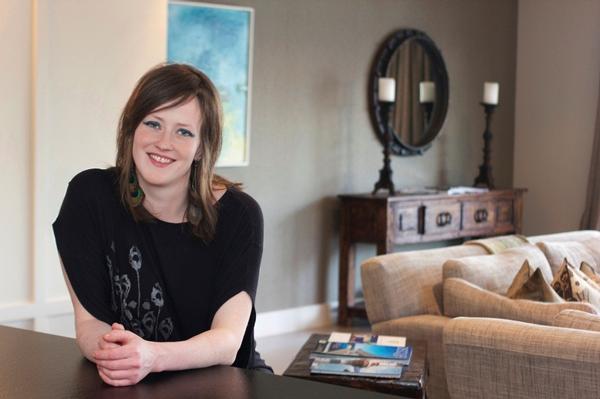 Eichardt's artist in The Residence

Queenstown's premier lakefront hotel is marrying exquisite cuisine with fine art thanks to the artistic vision of a multi-talented chef.

The walls of The Residence at Eichardt’s are now graced by two stunning artworks by Eichardt’s Private Hotel Chef de Partie and experienced artist Kathryn Pender.

Ms Pender’s vibrant artworks have pride of place among the stylish elegance of the main living areas of The Residence.

The Residence is an exclusive property set over three levels overlooking Queenstown Bay and is part of the Eichardt’s Collection, the leading collection of luxury accommodation in New Zealand and the most awarded private hotel in the country,

“When Kathryn joined us we were aware that she was an accomplished artist, but when we saw her work we knew it would add extra appeal to The Residence and become a talking point for guests,” he said.

Each of the pieces displayed are for sale, and works will be periodically replaced or updated by Kathryn.

Originally from Scotland, Ms Pender graduated from art school in 2002 and has had work shown in solo exhibitions, group exhibitions, galleries and art commissions in Glasgow and Europe.

Before Eichardt’s, she was based in Milford Sound where she found inspiration in the stunning colours and landscapes.

Her works are vivid pieces involving the use of colour, texture and a range of materials including paints, varnishes, resins, photographs and found materials.

“The style of my artwork is textural, bright and abstract,” said Ms Pender.  “I’ve been inspired by the local scenery, the colours of Lake Wakatipu and also Fiordland where I’ve spent a lot of time.”

She is now based in a Queenstown Arts Centre studio, where she is an active member of the society.

Reflecting the stunning lake views on offer from The Residence, Ms Pender’s artwork captures the colour and vibrancy of New Zealand’s nature and scenery.

“I arrived in New Zealand in the middle of 2010 and haven’t been able to leave,” said Ms Pender.  “I guess like so many people before me, I fell in love with this place.  And as an artist, I am particularly inspired whenever I am out amongst the scenery.

“The Residence is a beautiful space and I’m delighted to have the opportunity to display my work amongst such a considered interior design layout.

“Eichardt’s design is a wonderful mix of modern, contemporary and iconic heritage, so I’m delighted to see my work amongst this.”

The smaller of Kathryn’s two paintings is titled 'Milford Deep', and the larger is 'Humboldt Falls, Fiordland'.

Eichardt’s most recent accolades include being nominated for Hotel of the Year in the New Zealand Travel Industry Awards and the World Luxury Hotel Awards, and being named in the list of Top Ten Honeymoon destinations in the world – the only property to feature in Australasia -- by Real Weddings magazine.

Other recent accolades include being named one of the world’s best hotels by high-end influential UK magazine Tatler. The Times newspaper of London also named the Eichardt’s Bar one of the ‘Top ten bars In the world with a view’.

Reservations for accommodation bookings are essential by calling Eichardt’s Private Hotel on +64 3 441 0450 or going online at www.eichardts.com.