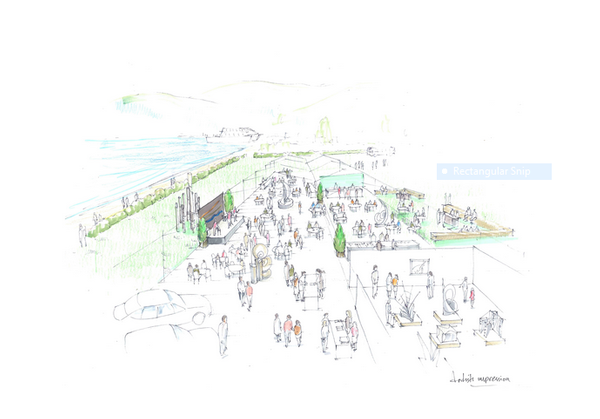 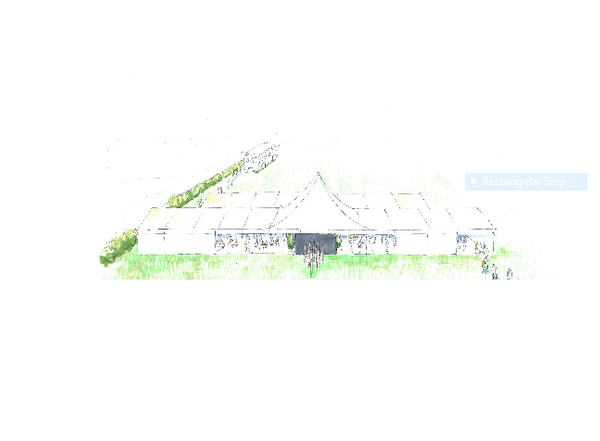 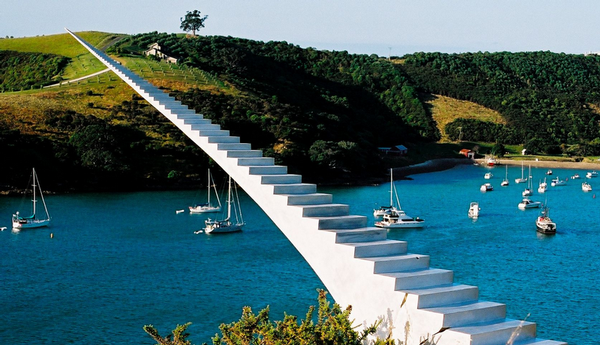 headland Sculpture on the Gulf 2013

A much expanded Waiheke ‘experience’ awaits visitors to the headland Sculpture on the Gulf outdoor sculpture exhibition on the Island in late January.

It’s the 10th anniversary of the event and to celebrate the milestone the organisers have introduced a number of changes to enhance it for the 40,000-plus expected visitors.

A huge marquee Pavilion on the waterfront at Matiatia will welcome visitors and provide them with a range of activities, hospitality and entertainment, before and after the stunning sculpture walk itself.

Project Manager Nicky Cairns says the event itself is not changing.

“We’re simply adding to it, to make it a more complete ‘Waiheke experience’ for visitors.  We have so many talented artists, musicians, winemakers, chefs and producers of all sorts on the island, we want to showcase them, and share them with our guests at headland in ways that haven’t been possible until now.”

The Pavilion will cover more than 600 square metres and include a dedicated small sculpture gallery, a restaurant, bars and produce hall.  It will offer world class Waiheke wines, food and music, with wine and artisan beer tastings, artists’ talks and other special events.

Artistic Director Nansi Thompson says the event will still be all about the sculpture, which will be fantastic.

“Our selectors have done a wonderful job, and have put together a really interesting combination of works [see attached backgrounder]. This year we also have several large impressive works from invited artists in and around the Pavilion, as well as lots of smaller sculptures in the Pavilion gallery.

“So we’re keeping all the great things Sculpture on the Gulf is famous for, and enhancing them.  It really will be a complete sensory experience this time,” Ms Thompson says.

The selected sculptures are being judged independently by Rhana Davenport, Director of the Govett Brewster Gallery (New Plymouth), and there will be a number of awards with grants to the successful artists.

Another innovation in 2013 is reversing the walk.  Visitors will be bussed directly from the Pavilion to what used to be the end of the walk, make their way along the sculpture trail and, largely downhill, back to Matiatia, the Pavilion and the ferries.

headland Sculpture on the Gulf Ltd chair Stephen Tozer says the organisers have set out to create a very different event in 2013.

“Our aim is to provide an unforgettable Waiheke experience. A proper welcome and hospitality for our guests, and a stress-free, really enjoyable visit.

“The sculpture walk itself will be as impressive as ever, but there’ll be no concerns about transport, what to do after the walk, where to find food, drink or entertainment - it will all be there at the Pavilion, two minutes from the ferry - a real taste of Waiheke.  The island’s a special place, and this is going to be a very special event. No doubt about it, it’ll be fantastic!” Mr Tozer says.

The event is open daily from 8.30am from 25 January to 17 February 2013. It is free to walk the track, although donations are encouraged. headland Sculpture on the Gulf relies completely on sponsorship, grants and donations, to be able to continue.

The major sponsors of headland Sculpture on the Gulf 2013 are Fullers, Westpac, Lexus and gen-i, and for the first time, Parsons Brinckerhoff, which also sponsors Sculpture by the Sea in Sydney.  Generous funding has also been received from Creative New Zealand, the ASB Foundation, the Lion

Foundation, and the local Waiheke Board.

In 2013, headland Sculpture on the Gulf is being managed for the first time by an independent board of directors - Stephen Tozer (Chair), Deborah Kelland, Anne Hinton, Margaret Malaghan, Brendon Bainbridge, and Alex Stone (Waiheke Community Art Gallery Inc).

To celebrate the 10th anniversary of Sculpture on the Gulf, the directors have made a number of changes which they believe greatly enhance the event, the most significant of which are reversing the direction of the walk and the inclusion of a large marquee complex on the foreshore at Matiatia, a short walk from the ferry wharf.

The Sculpture on the Gulf Pavilion provides visitors with a real “taste of Waiheke” with a full daily menu designed by Ana Schwarz (runner-up TVNZ Master Chef 2012) and prepared by French chef Nico Fini, both Waiheke residents.

Waiheke wines from selected vineyards Obsidian, Kennedy Point and Batch, the exclusive sparkling wine provider, are available with meals and by the glass.  Craft beers, cider and ginger beer from Waiheke Island Brewery are on offer.

Island Coffee, Rangihoua Estate olive oils and Waiheke Aqua water are also featured, together with produce from many other local suppliers.  A range of Waiheke produce is also available for sale.

Waiheke musicians and bands are also showcased in the Pavilion throughout the event.

In and around the Sculpture on the Gulf Pavilion are large sculptural works by invited artists including Virginia King, Paul Hartigan, Filipe Tohi, and Anah Dunsheath.  The Pavilion also houses a large dedicated gallery space where a wide range of smaller sculptures, including maquettes of the walkway sculptures, are exhibited and for sale.

A number of subsidiary events and activities feature in the Pavilion. There are special dining events (e.g. on Valentine’s Day), daily wine tastings and talks with the selected headland artists (repeated twice), and Waiheke musicians entertain at lunch time and in the evenings.

Twilight walks are another special feature of the 2013 event, with the opportunity for visitors to enjoy Waiheke hospitality after their walk, while they watch the sun set over Matiatia Bay from the comfort of the Pavilion.

Numbers are limited for many of the subsidiary events, so bookings are recommended given the numbers likely to attend. Full details are available from October on the website www.sculptureonthegulf.co.nz

Reversing the direction of the walk means that visitors can be bussed directly from the Pavilion to what used to be the end of the walk. This provides a fresh perspective on the stunning 2.5 kilometre walk as visitors make their way, largely downhill, back to Matiatia Bay, the Pavilion and ferries.

These innovations mean visitors are assured not only of complete security of transport and a physically easier walk, but also of a warm welcome and much more of a ‘Waiheke Experience’ than has been possible for most during past events.

headland Sculpture on the Gulf has always been possible only with the funding it receives from its sponsors, grants bodies and supporters.  It has virtually no other sources of income.

The directors sincerely thank headland’s corporate sponsors, Fullers, Westpac, Lexus, gen-i, and new sponsor Parsons Brinckerhoff, which for many years have also sponsored Sculpture by the Sea in Sydney.   They also thank the event’s vineyard and supplier sponsors and its very significant, value-in-kind sponsors, notably Radio Network and SeaLink.

Thanks also to Creative New Zealand, the ASB Foundation Trust, the Lion Foundation and the Waiheke Local Board for their ongoing support. Many thanks too, to Friends and Patrons, without whose extraordinary generosity the event would also not be possible.

headland Sculpture on the Gulf is a free event.  Organisers appreciate the donations that have been made by visitors in the past and ask for that support again in 2013. Donations can be made either when booking packages online or on the day.

Most visitors reach the island by way of the Fullers Ferry service that departs regularly from downtown Auckland and Devonport (on the North Shore). The ferry docks at Matiatia Bay, a short walk from the Pavilion.

Visit www.fullers.co.nz for timetables and pricing.

A regular bus service (every 15 to 20 minutes) is available to transport guests from the Pavilion to the beginning of the walking track. The service costs $5 per person and tickets can be purchased online or in the Pavilion.

Of particular interest to Eastern and South Auckland suburbs residents is SeaLink’s passenger (and car ferry) service departing regularly from Half Moon Bay in Pakuranga and docking at Kennedy Point on Waiheke.  SeaLink is providing a bus service to transport guests from Kennedy Point to the Pavilion and back again, so visitors using this option also have seamless and worry-free transport to and from headland Sculpture on the Gulf in 2013.

Visit www.sealink.co.nz for timetables and pricing.

The walking track is suitable for all ages. Comfortable, reasonably sturdy footwear is recommended.

Baby packs rather than prams are recommended as there are a number of steps. Well managed dogs are welcome on the walk, but health and safety regulations mean they are not allowed in the Pavilion.

Waiheke Island is in Auckland’s Hauraki Gulf and is a scenic 35 minute ferry ride from the CBD of New Zealand’s biggest city. The island is known for its magnificent vistas, beaches and vineyards. It has a subtropical climate and a beautiful 100km coastline peppered with white sand beaches and steep and rocky shorelines.

Waiheke has a permanent population of around 8,000. The island is a popular holiday destination for both local and international tourists. The island can be accessed by private boat, public ferry services and by air (helicopter services are available).