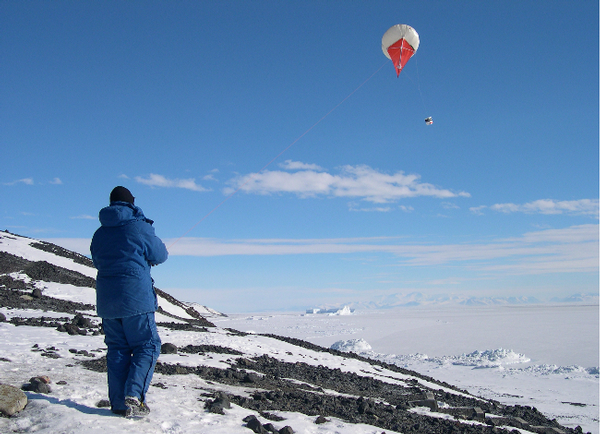 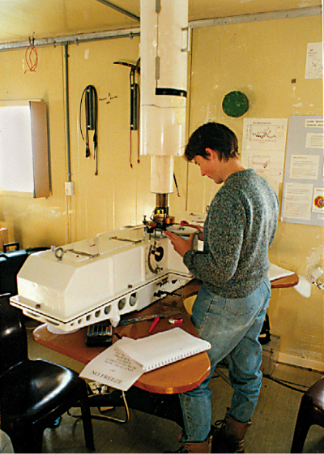 This Sunday, NIWA celebrates the 25th anniversary of the signing of the Montreal Protocol, which is hailed as the most successful international environmental protection treaty to date.

The Montreal Protocol is the global agreement to phase out the production and use of substances depleting the ozone layer.

NIWA plays a significant role in monitoring the long-term changes of the ozone layer, and this contributes significantly to tracking the success of the Protocol. For the past 10 years or so, ozone depletion has stabilised.

NIWA’s Chief Scientist, Atmosphere, Dr Murray Poulter says, “The Protocol is an excellent example of a science-based agreement with a long-term view. NIWA scientists have played a major role in monitoring and understanding the subsequent evolution of stratospheric ozone and related ultraviolet (UV) radiation at Lauder, Central Otago, and in Antarctica.”

How did NIWA come to play such a significant role in the Montreal Protocol?
Because of New Zealand’s location, and because of its world-class research scientists and instrumentation, NIWA’s contribution to the treaty has been profound.

Retired NIWA scientist Tom Clarkson, (formerly at MetService), was the head of the New Zealand delegation at the first meetings of the Montreal Protocol.

Clarkson says, “It’s the most successful environmental treaty by far. New Zealand sent a small delegation to the meetings in 1987: a scientist and an engineer.

“It was significant having a scientist as head of the New Zealand delegation, and the science focus directly contributed to the signing of the agreement. I was part of the inner group that did all the negotiations.”

In the 1970s, ozone measurements in New Zealand were carried out by MetService’s Edith Farkas and through research at the University of Canterbury by Dr Andrew Matthews and Dr Reid Basher, who both later became NIWA staff members.

NIWA principal scientists Paul Johnston and Dr Richard McKenzie were at Lauderin 1980, when NIWA’s research stations there and in Antarctica first began making measurements, well before the signing of the Montreal Protocol.

Dr McKenzie says, “We were already doing the right measurements, in the right places, at the right time. Because of that we made significant contributions to the Protocol.

“Because of the sparsity of sites in the Southern Hemisphere, Lauder will continue to be important for future climate change research, because it is representative of southern mid-latitudes, which is a significant chunk of the globe.”

Ozone hole over Antarctica
The ozone layer acts as a shield around the Earth. Ozone is a naturally occurring gas in the stratosphere, 15–50 kilometres above the Earth’s surface, which protects humans and the biosphere by filtering solar (UV) B radiation.

In the lower atmosphere, many ozone depleting substances (such as chlorofluorocarbons (CFCs)) are chemically inactive, but in the stratosphere (above 17 kilometres) they break up under intense UV radiation, liberating their halogen atoms (e.g., chlorine), causing ozone destruction and the formation of the ozone hole.

“It was after the discovery of the ozone hole over Antarctica by the British, in 1985, that people began to be more interested in getting something done,” says Dr McKenzie. “Our measurements in Antarctica helped the community focus on the CFC issue, rather than on an alternative theory which attributed the ozone hole to variations in solar activity.”

NIWA’s Lauder siteand New Zealand’s Scott Base, Antarctica, research station at Arrival Heights were well placed to do the work. NIWA’s Sylvia Nichol was making ozone measurements in Antarctica in the 1980s.

Measurements at Lauder and Antarctica geared up, and this work was led by Dr Matthews, as part of the Network for the Detection of Stratospheric Change (NDSC). The international research by NDSC provided key understanding of the chemistry and dynamics that caused the ozone hole to form.

Lauder is one of five global charter sites in the international Network for the Detection of Atmospheric Composition Change (NDACC – which evolved from the NDSC). It hosts a variety of instruments, some of which are owned by overseas institutions. The measurements NIWA provides to NDACC support international atmospheric research.

Ultraviolet radiation
“The discovery of the ozone hole over Antarctica led to the interest in UV radiation,” says Dr McKenzie. “We realised that we didn’t have a detailed knowledge of the spectrum of UV radiation in New Zealand at the time, or how it compared with other locations.”

Over mid-latitude locations, such as New Zealand and parts of Australia, there was a significant thinning of the ozone layer during the 1980s and 1990s. This thinning causes an increase in UV radiation at the Earth’s surface, which is linked to the occurrence of skin cancer.

NIWA’s work with the ozone hole today
The ozone hole will recover, but we need to understand more about the science of the recovery. NIWA’s focus is on learning more about the causes and effects of climate change, and interactions between global warming and ozone depletion.

NIWA atmospheric scientist Dr Olaf Morgenstern says, “We do expect that the ozone layer will be affected by climate change.

“While the chemistry of ozone depletion, and particularly the mechanism of formation of the ozone hole, is now fairly well understood, we are only beginning to appreciate the links between ozone and climate.”

Dr Morgenstern is looking at the role of ozone chemistry in the climate system and the future impacts of ozone recovery as anticipated under the terms of the Protocol. He is running a coupled atmosphere-ocean-chemistry-climate model to calculate the climate impact of ozone depletion and recovery.

Recently, advances in modelling have suggested that the climate impact of the ozone hole extends all the way to the equator, affecting prevailing winds and the distribution of rain. Some locations are now more prone to drought than before. This is an active area of research in which NIWA is involved.

It’s the season for the ozone hole – what’s the hole up to now?
The size of the ozone hole varies every year. The ozone hole season starts in the second week of September and runs through to November or December.

“So far, it is similar to what we have seen in previous years, and we expect it to be at its worst for this year at the end of September or early October. At the time of the hole opening up over Antarctica, ozone amounts over New Zealand are actually attaining their annual maximum. Any impact of the Antarctic ozone depletion may be seen over New Zealand in summer after the ozone hole has broken up,” says Dr Morgenstern.

If we hadn’t acted – where would we be now without the Montreal Protocol?

Dr Morgenstern and other international scientists ran atmospheric models for a non-intervention, no-Montreal Protocol scenario, which show ozone depleting substances grow throughout the 21st century. In that scenario, at the end of the 21st century the ozone layer is nearly completely wiped out, and UV levels at the Earth’s surface reach levels unheard of today.

The consequences of that would include greatly increased rates of skin cancer and a disruption of food production because many plants could not exist under such conditions.

Even under a less extreme scenario, which assumes that ground-breaking discoveries in ozone chemistry made in the 1970s had been made only one or two decades later, much more substantial damage would have been inflicted on the ozone layer than has actually been observed.

“In this sense, the Montreal Protocol took effect just in time to avert a catastrophe,” says Dr Morgenstern.

The 25th anniversary of the Montreal Protocol is on Sunday 16 September, 2012.