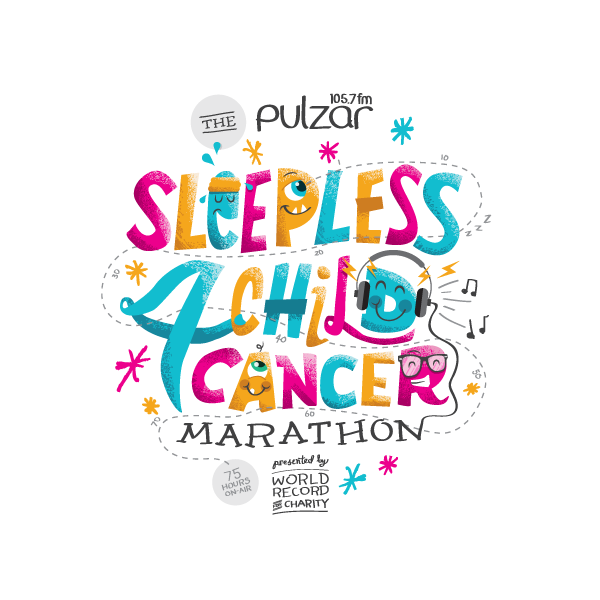 A Christchurch duo will fight the urge to sleep for three days to raise money for the Child Cancer Foundation.

The Sleepless4ChildCancer Marathon will take place on Pulzar FM from October 19 to 22.

Former Burnside High School pupil Snap Campbell raised almost $8,000 for the Christchurch Earthquake Appeal last year and went almost eight days without sleep on a Wellington radio station. While the record was officially broken, Campbell’s attempt was disqualified because of technical problems with the audio recording.

This year he is teaming up with Press reporter Georgina Stylianou to break the Guinness World Record for the longest radio DJ marathon for a team.

‘‘It’s going to be a great three days. We’re bringing back Date-A-Ginger, which was a popular segment last year, I’ll be getting hypnotised on-air at some point and if we hit certain fundraising targets then I’ll be getting a back, sack and crack wax live on-air,’’ Campbell said.

Local celebrities and musicians will join Campbell and Stylianou on-air during the record attempt.
Campbell said organising a world record attempt was no easy feat.

‘‘Initially trying to work the rest of my life around organising this was hell...and I’ve been bed-ridden with the flu for the last week so that hasn’t helped. But it’s also been a lot of fun and I have a brilliant team behind me,’’ he said.

Campbell hoped the event would raise $10,000 for the foundation.

Director of Pulzar FM Jason Akehurst said he was proud to be associated with such a good cause that was ‘‘interesting and fun’’.

‘‘After the difficulties experienced by our fellow Cantabrians and Christchurch residents over the last two or so years, it gives Pulzar FM great pleasure to be relaunching and helping a worthy cause all at the same time.’’

Funding and business development manager from the Child Cancer Foundation Clare Wilkinson said the charity was ‘‘thrilled’’ to be the recipient of The Pulzar FM Sleepless4ChildCancer Marathon.

‘‘We greatly appreciate the lengths that people go to in order to raise funds for the foundation, such as this effort from Snap,’’ she said.

‘‘The funds raised from this world record attempt will assist us in providing services that will ensure families are supported, informed and well-cared for throughout their cancer journey.’’

Wilkinson said the foundation was currently supporting more than 900 families throughout New Zealand with three newly diagnosed children a week.

To help ensure that The Pulzar FM Sleepless4ChildCancer Marathon hits its $10,000 target the World Record for Charity team will also be throwing a massive victory party on the 27th of October at the CBD Bar premises on Madras St. It will be two zones, with a big line up of DJ’s above the main bar and a massive outdoor concert behind the CBD Bar.