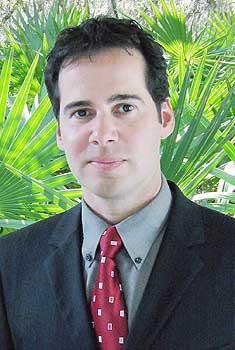 Does an ANZAC dollar make sense?

On the eve of the 30th anniversary of CER, the Closer Economic Relations agreement between Australia and New Zealand, there is much discussion about the next steps to strengthen economic ties with our neighbour across the ditch. A single currency is the logical conclusion of this 30-year process but, it seems, the meltdown in Europe has got us all running scared.

It’s an issue that has been knocking around for decades, but it was given a push in April when the Australian and New Zealand Productivity Commissions jointly issued a discussion paper looking at ways to bolster trans-Tasman economic relations.

The paper raised currency union as an issue worth considering, but the Commissions’ recently-issued draft report seems to have ruled the possibility out. It’s a shame that the 30th anniversary of the CER won’t be marked with a substantial breakthrough. I, for one, feel it is a missed opportunity to at least have a robust discussion.

Of course the words “single currency” have lost much of their shine since the meltdown in Europe. The recent catastrophic failures of the Greek and Spanish economies have revealed how hard it is for a single currency to work.

The mess in Europe highlights the dangers of currency union without establishing common fiscal policy and a high level of political integration. The Eurozone countries are just too diverse, both in terms of their economies and their political agendas, for a single currency to work for all its 17 members simultaneously.

But Australia and New Zealand are a long way from Brussels. They are two countries that are highly engaged in trade with each other. Our business cycles are very close, and our monetary policy is directed at similar targets. This means our official interest rates move in the same broad manner, and our currencies tend to move in unison as well.

We also have a shared history and language, and very similar cultures. We have been able to travel and work in each other’s countries without restriction since 1973, and in recent years there have been a series of treaties and less formal arrangements in the areas of business and competition law, double taxation arrangements, and regulation of securities.
The context for currency union, therefore, is very different. A single currency between New Zealand and Australia would combine the currencies of two similar economies, rather than attempting to unite 17 diverse countries.

Since the CER’s inception, Australia and New Zealand have been slowly progressing towards a single economic market, with the ultimate aim being businesses, consumers and investors operating across the Tasman in a seamless regulatory environment.

The benefits of economic integration are clear. It leads to higher productivity and living standards by creating a larger, combined market. Larger markets allow firms to both specialise and exploit economies of scale, which in turn reduce the costs of production. Increased competition and specialisation can also lead to the development of new technologies, innovative production methods, and greater efficiencies – good news for consumers because lower costs translate into lower prices.
So, for a small country in the middle of nowhere, the benefits of being part of a larger economic zone are obvious. Already many New Zealand firms either operate below an efficient scale or need to export to survive. A common currency could help many small firms make that first big step into exporting. New Zealand has more than 470,000 small and medium-sized enterprises, so encouraging more of them to grow their businesses to export level would be an important boost to the New Zealand economy.

The reduction of transaction costs would also be enormously helpful to this sector. The potential for large transaction cost savings was one of the driving factors behind European currency union because it meant companies and customers no longer needed to exchange currencies, or protect themselves against currency fluctuations.

There are definitely arguments for having a freely floating exchange rate to cushion the economy against external shocks, but the benefits of a single currency outweigh the costs. For example, an ANZAC dollar would offer more protection against external influences for both countries due to the larger amount of money in circulation.

Also, just as the Australian economy relies on strong Chinese demand, so does New Zealand. If China can’t afford Australian minerals, it may not buy New Zealand’s dairy products either. True, New Zealand and Australia focus on different outputs, but this could be an advantage. Diversification helps to ensure stability, and it’s generally not a good idea to put all your eggs in one basket.

I also wonder if the resistance to a single currency is partly based on a deep-seated fear of the sheer size of Australia’s economy. As Kiwis we hate the thought of effectively becoming an Australian state with little say in the direction of our monetary, taxation and spending policies.

In reality, New Zealand could still maintain its sovereign status with its own head of state and government. A common currency would simply support the ambitions of creating a common market, a journey that started with CER.

Given the fact we lag behind out nearest neighbour in most economic indicators, isn’t it time to put sentiment and rivalry aside? Instead, shouldn’t we be building on our ANZAC relationship to create the best possible operating environment for New Zealand’s companies to succeed?

Christoph Schumacher is a professor in innovation and economics at Massey University, and a director of the Auckland Knowledge Exchange Hub, a platform for research partnerships with the business sector. As a German expat, he has a keen interest in the unfolding crisis in the Eurozone and is an expert on the pros and cons of a single currency.