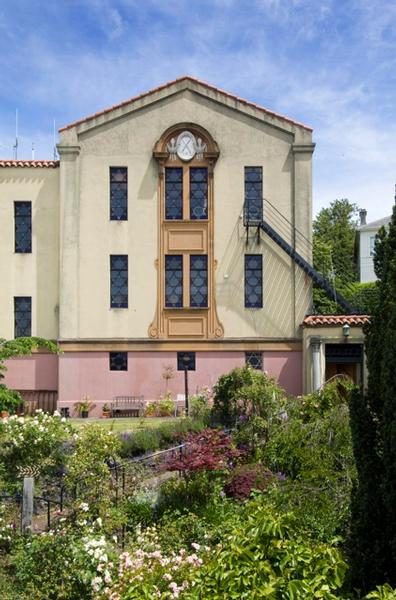 One of Dunedin's most historic buildings, the former synagogue and Freemason's temple in the CBD, is on the market for sale. CREDIT: Bayleys 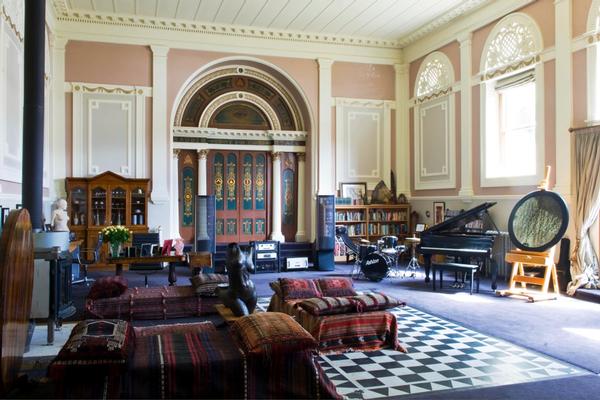 One of Dunedin's most historic buildings, the former synagogue and Freemason's temple in the CBD, is on the market for sale. CREDIT: Bayleys

Historic former synagogue and Freemason's temple goes up for sale

One of New Zealand’s most historic buildings, which once housed the world’s southernmost Jewish synagogue and went on to become one of the largest freemason’s temples in the country, has been placed on the market for sale.

The Temple Gallery in the heart of Dunedin city began life in 1864 as a synagogue – dating it as the oldest such place of worship in New Zealand. In 1881 it was converted to a masonic hall, and for the next 111 years, was utilised by several of the city’s lodges.

The Historic Places Trust lists the category one building as being “of outstanding historical significance.”

After changing ownership, the synagogue’s sanctuary was left largely intact by the masons, whose ceremonies and symbols had much in common with Jewish faith. The extensions built by the masons featured stained glass windows with hexagrams, or Stars of David, set in metalwork frames.

The building’s inner sanctuary retains an impressive Jewish Ark or Hekhál – an ornamental closet which previously contained the synagogue's sacred scrolls and is located on the wall of the synagogue closest to Jerusalem.

Additional redecoration of the central area features numerous freemasons’ symbols such as the ‘All Seeing Eye’ - which represents a reminder that a mason's thoughts and deeds are always observed by God.

The 960 square metre building on 947 square metres of land was bought in 1992 by husband and wife developers and art dealers Peter Duncan and Victoria Timpany. The couple retrofitted the building’s interior into two apartments and an adjoining fine art gallery. Peter Duncan died in 2005, and now Victoria has put the impressive Victorian structure up for sale.

The synagogue was designed by New Zealand’s fist ‘Colonial Architect’, Henry Clayton, who also engineered such other landmark Dunedin buildings as All Saints Church on Cumberland Street, and the old Port Chalmers Post Office, now the Maritime Museum.

In 1872, fellow architect David Ross drew up plans which expanded the building upward and forward towards Moray Street. David Ross is noted in Dunedin for his grand house, Fernhill, which now houses the Dunedin Club, Carey’s Bay Historic Hotel in Port Chalmers, and the exuberant Prince of Wales Hotel in Princes Street.

The Temple Gallery property is being marketed for sale by tender through Bayleys Dunedin, with tenders closing on November 7. Bayleys Dunedin director Robin Hyndman said the imposing two storey, high-stud and plaster ceiling building, was a masterpiece of Victorian architecture, and was befitting of its ranking among the most important historical buildings in New Zealand.

“The multi-purpose nature occupation of Temple Gallery means the opportunities for its future are certainly varied, and as a result, we are expecting interest from a broad cross-section of parties,” Mr Hyndman said.

“Under its current mixed-used residential and commercial format, there are two apartments, and an art gallery in what was the temple’s former refectory or dining room.

“The two apartments could be combined into one residence of considerable proportions, and the commercial premises maintained as either an art gallery or for potential conversion into a retail site, or café.

“Alternatively, the apartments could be maintained in their current format and the art gallery converted into two further flats. The proximity of Temple Gallery just 100 or so metres from The Octagon in the heart of the city is an obvious attraction for young professionals looking to live close to work in a building of considerable character and historic aesthetics.”

Mr Hyndman expected considerable ‘curiosity’ interest in the building from historians, students studying religion, and interior designers from throughout New Zealand. While the building is being sold, the Temple Gallery art business will eventually move to a new premises.

The Historic Places Trust describes Temple Gallery as: “Reflecting the life of the Jewish community and the practice of freemasonry” with an “imposing and grand aesthetic significance.”

“The structure incorporates the oldest surviving synagogue building in New Zealand and one of only two Victorian synagogues still existing in the country. It speaks to the enigmatic practices of the freemasons, and is a rare physical link between the beliefs of Judaism and masons.

“Solid concrete walls and narrow, high windows reinforce the castle-like qualities of the structure. The former synagogue itself is like entering the throne room, complete with impressive and detailed ornamentation. Aesthetically, the effect is remarkable.”

The building has a capital valuation of $460,000 and the Historic Places Trust notes that the land has “archaeological value” and “special architectural significance.”

“The interior ornamentation of the temple is richly detailed and dramatic. The effect is awe-inspiring, The former synagogue has an aesthetic significance. The building has a stark, sheer appearance,” says a trust description of the building.”