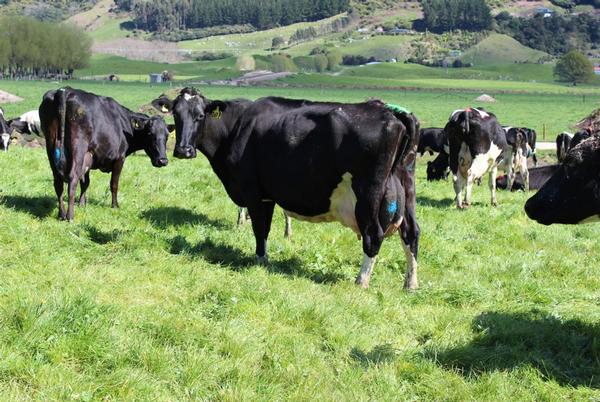 Award-winning 'super farm' goes on the market for sale

One of the biggest dairy farms in the Bay of Plenty – and the recipient of an award for environmental best practice policies – has been placed on the market for sale.

The farm is owned by former New Zealand Dairy Board deputy chairman Doug Bull, who also held senior roles at the Rangitaiki Plains Dairy Company and which became a part of the single merged Bay of Plenty dairy company known as Bay Milk Products. This year the farm won the environmental section of the Bay of Plenty Ballance Farm Environment Awards.

Lake Farm represents a number of former smaller dairying and sheep and beef units which were acquired by Tess and Doug Bull over the years since he bought the first block in 1971, and then subsequently unified into one large conglomeration to deliver greater efficiencies over a larger scale.  Doug Bull, 75, is selling the farms to enjoy retirement.

The property is being auctioned for sale by Bayleys Tauranga on November 21. Bayleys Tauranga rural sales specialist Simon Anderson said the recorded production of Lake Farm ranked it among the upper echelons of any dairying unit he had been involved with selling in the Bay of Plenty over the past 10 years. The farm is being sold with 320,000 Fonterra shares.

Cows are milked through a 60 bale rotary shed with a steel platform and yard capacity for some 500 cows at any one time. Other infrastructure on the property includes:

* A former woolshed now converted for equipment and stock storage

* And a selection of workshops, implement sheds, and a large canopied vehicle housing area.

The farm has consent to draw almost 12,000 cubic metres of spring water a day, which then irrigates the pastures through pivot irrigators, K-lines and lateral irrigators covering some 220 hectares. Stock water is also spring supplied and reticulated around the farm.

Effluent disposal is pumped over the hills from one of the four processing ponds on the property. Access tracks across the farm are maintained with pumice found on the property.

Mr Anderson said the sheer size of “Lake Farm” was also reflected in the number of homes on the property. The accommodation amenities on the farm are extensive, and include:

* Five additional three-bedroom dwellings. Two of the homes are Lockwood designs. One of homes has an adjacent two-bedroom fully self-contained flat, while two others have separate sleep-outs.

“The size and scale of Lake Farm would suit an existing farm owner/operator looking to take their business into the top tier of farming practice, or for adding the farm into an existing portfolio where size is a motivating business factor,” Mr Anderson said.

“The existing structure of what was the conglomeration allows for flexible staff rotation – not only providing greater employee efficiencies, but also for the establishment of career paths for farm workers on this farm.”