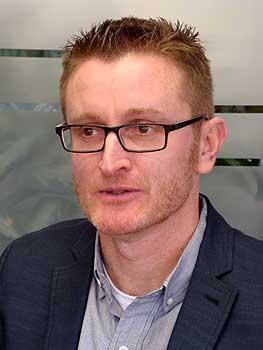 The 2011 Illicit Drug Monitoring System (IDMS) study was carried out by researchers at the SHORE and Whariki Research Centre at Massey University.

Lead researcher Dr Chris Wilkins says 372 illegal drug users from Auckland, Wellington and Christchurch were interviewed late last year about trends in the use, availability, price and potency of a number of key illegal drug types and about any new drugs they had encountered in the previous six months. The study is conducted to provide timely information about changes in drug use, and inform responses such as better provision of drug treatment services and reducing barriers to entering treatment.

Overall the use of many new substances remained fairly low, Dr Wilkins says, though the proportion of frequent drug users who had tried a new drug increased from 24 per cent in 2009 to 33 per cent in 2010 and 40 per cent in 2011.

“The use of many of these new substances remains at a fairly low level at present, but it is important to continue to monitor them closely given the speed at which new drug epidemics can develop (such as methamphetamine in the early 2000s) and, in the case of new synthetic compounds, the potential for unpredictable health risks,” Dr Wilkins says.

Frequent drug users are also changing the way they obtain drugs, he says.

The proportion using ‘someone else’s prescription’ and ‘doctor shopping’ to obtain drugs increased from 9 per cent in 2008 to 30 per cent last year.

“The misuse of pharmaceuticals is a growing problem in many first-world countries and our findings indicate increasing use of pharmaceutical opioids, such as oxycodone, by frequent illegal drugs users in New Zealand. It is a complicated problem, though, as we need to balance making pharmaceuticals readily available to those in need with reducing their inappropriate use”

Methamphetamine use remained a problem associated with serious harm to users and others. There was some evidence that greater enforcement efforts were making an impact on the methamphetamine market with the price of a gram of methamphetamine (also known as ‘P’) increasing steadily from $610 per gram in 2006 to $815 in 2011.

Many of the frequent drug users experienced serious health, relationship, economic and legal problems as a result of their drug use. They also reported increased instances of ‘being given a drug without their knowledge’ - up from 9 per cent in 2008 to 24 per cent last year, - while reports of those claiming to have had their drink ‘spiked’ rose from eight per cent to 19 per cent over the same period.

“These trends may reflect the growing number of new synthetic drugs which can easily be passed off as other substances or concealed in drinks,” Dr Wilkins says.

The report can be downloaded at http://www.massey.ac.nz/massey/research/centres-research/shore/projects/illicit-drug-monitoring-system.cfm