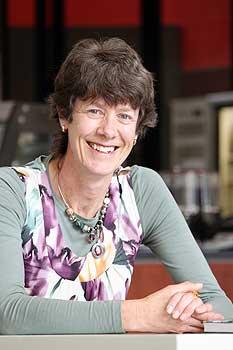 For some time now there have been calls for a super-city to be created in the Wellington region. But there is also a clear view in many quarters – from central government to business and within the community - that the Auckland model should not be imposed on other regions. The jury is still out on the benefits of that model: a unitary council replacing the regional council and all the region’s city and district councils.

Instead, a careful assessment of a region’s unique characteristics and circumstances, as well as of various reform options, is needed. A one-size-fits-all approach is patently inappropriate.

Numerous approaches have been adopted world-wide for reforming metropolitan governance.

International evidence, including a recent, comprehensive study of municipal consolidation options undertaken by the Australian Centre of Excellence for Local Government, confirms that benefits of amalgamation are often outweighed by costs. In particular, efficiency gains are often overstated in proposals for down-sizing local government.

None-too-subtle pressure is being applied by central government, in the form of legislation currently going through Parliament to facilitate amalgamations. There is also some misinformation about local authority expenditure and debt which become a problem for which amalgamation is erroneously seen as the preferred solution.

The report of the independent panel led by Sir Geoffrey Palmer provides a robust analysis of the needs of the greater Wellington region and assesses different options for improving overall governance (including representation, public participation, strategic planning and regional economic development).
Refreshingly, the report is not narrowly focused on structure and size of unit.

The panel’s report offers an innovative approach for the Wellington region to deal with the pressure for change but most importantly, to address its needs for regional leadership for economic development and engagement with central government whilst at the same time recognising the diversity within the region and enhancing local democracy. The integrated two-tier system appears to encompass a shared governance model recommended for, but not implemented in, Auckland.

The proposed term ‘lord mayor’ the political leader of the greater Wellington region is intended to distinguish that office from the mayor of Wellington City. Objections have been made to the term on the grounds that it is hierarchical and patriarchal; a more suitable term may be found that clearly signals the more overarching status of the position with its responsibility for regional leadership.

I look forward to seeing a lord mayor of Wellington following in the footsteps of Sydney’s Lord Mayor Lucy Turnbull and her male and female counterparts, the Lord Mayors before and since in all major Australian cities.

There is no clear-cut answer to guide communities and local government reformers, and there is a danger in relying on research on small European democracies and other international jurisdictions which have different cultural, political and historical contexts. What is clear is New Zealand’s communities are not over-governed in the sense of having a generous number of elected members. Any reduction in the number of these increases the need for sub-local representation.  The so-called representation ratio in local government in our country is not healthy and a reduction in fewer elected members will have adverse consequences for representation and participation which in turn is likely to exacerbate the trends towards lower turnout.

Current weaknesses in local government are compounded by the lack of balance in central-local government relations and the current disregard and disrespect for local democracy that is a feature of recent and proposed public policy across many domains including resource management, freshwater management, mineral and petroleum exploration and associated activities, transport and education.

Structural reform is not a silver bullet. As a constitutional expert, Sir Geoffrey Palmer would have been well aware that in the absence of a clear constitutional affirmation of the role of local government, and a rebalancing of intergovernmental relations, any new structure for local government in the Wellington region will struggle to deliver the benefits that it could and should.

Associate Professor Christine Cheyne is a lecturer at Massey's School of People, Environment and Planning