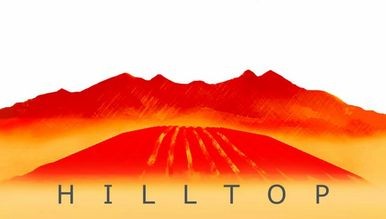 A vineyard on the top of Waikato hill

The aptly named estate has expansive views over the Waikato and 0.6 hectares of the total 1.9ha section in hand-nurtured pinot gris, flora, cabernet franc, merlot and malbec vines.

Owning a vineyard was not a goal initially for co-owner Phil Abel and his wife Lorraine Smith.  "The previous owner had used the land to look after horses so when we bought the land we had no intention of planting a vineyard," Mr Abel said.

"The idea came about when I was between jobs and thought I would try something different.   After making a few inquires I realised we had inadvertently bought a great piece of land for growing grapes."

Mr Abel loved the idea of working from home and hand-planted the vines on the property.  That individual attention permitted closer planting and higher-than-usual yields and now the company produces more than 5000 bottles each year.

The wine is sold to local restaurants, over the internet and at Hilltop Events.  Recently Mr Abel decided to undertake a new venture on the property and converted some of the unused rooms into a bed and breakfast.  "Vineyards with accommodation are pretty popular.  There's a few of them in the Hawke's Bay region so, for us, it was a natural progression."

The new venture uses three ground floor rooms, each with a private entrance and patio, in a wing separate from the main home.

Guest facilities include a shared bathroom, TV lounge, kitchenette, laundry and wireless internet access.  The house, including the bed and breakfast rooms, has five bedrooms, two bathrooms and one ensuite as well as extensive decking which incorporates, on the northern side of the house, a large suspended swimming pool.

The wines are made at the Mystery Creek Winery, just down the road.