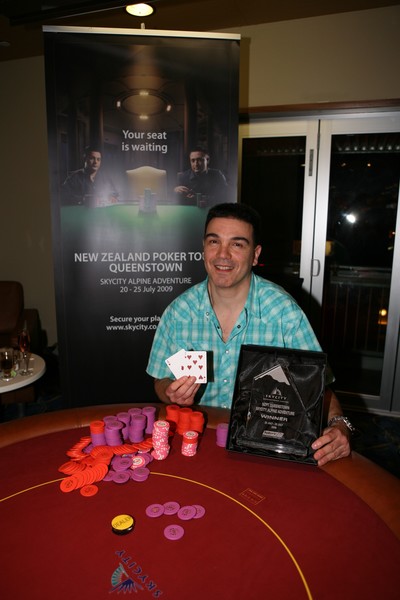 Arguably the most accomplished player at the final table, this 46-year-old lived in New Zealand for many years where he ran day spas in Queenstown and Rotorua before recently returning to Australia. He won a preliminary event and final table another during the 2009 Melbourne Poker Championships, and won a seat into this event in a live satellite here at SKYCITY Queenstown. He credits his love of poker to his grandmother Regine, who passed away last year aged 99.