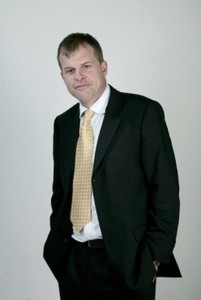 Seeking Publicity generates news coverage for small and medium sized businesses across New Zealand. Run by former Government press secretary Pete Burdon, it offers both media relations training and consultancy. The flagship training product of the business is its online course, Media Secrets 101. This can be found at www.mediasecrets101.com. Face to face workshops are also offered.

The consultancy services include the generation of media exposure for clients as well as newsletter production. The services are all designed to maximise the following areas for its clients.

Thursday, 13 September 2012
4:06PM
Training shows power of Social and Traditional Media uniting as one A new training course for NFPs will show participants how to use social and traditional media as a united force to grow the visibility and reputation of their organisations. 410 views


Tuesday, 26 April 2011
10:41AM
Trainer predicts mass business prosecutions before World Cup Many businesses will be prosecuted for breaching sales compliance laws before the Rugby World Cup this year, according to an online sales trainer. 255 views


Friday, 17 December 2010
6:50AM
Speech notes from small business owners hit by earthquake These speeches were delivered at a meeting of the Canterbury SME Action Group at CPIT on  December 19, 2010 at 7.30am Judy Tardi: Aspiring Language Institute Good morning! I am Judy Tardi. 750 views


Wednesday, 15 December 2010
11:43AM
Customer Service to make or break retailers this year Retailers that offer poor customer service this Christmas will find their businesses in trouble as they struggle to impress shoppers who are not only still recession wary, but also aware that prices have risen since the GST increase. 267 views


Friday, 10 December 2010
10:06AM
Online trainer senses Financial Advisor panic Financial advisors need to decide how they will comply with the Financial Advisors Act now to avoid panic as the clock ticks into 2011, according to an online training company that can fulfill many of the learning requirements. 328 views


Friday, 3 December 2010
9:50AM
Online sales trainers move into US and Aus markets A Canterbury business that trains sales people online is entering the Australian and US markets after signing a deal that will see them filming in California early next year. 331 views


Wednesday, 6 October 2010
11:34AM
Pink 'greenhouse' begins national drive for breast cancer in Wellington A pink ‘greenhouse’ that will be auctioned off on Trademe with proceeds going to breast cancer research has begun a national tour to drive up the price. 298 views


Thursday, 26 August 2010
1:07PM
Family uproot for daughter's dialysis treatment A West Melton six-year-old and her family are preparing to uproot their lives and move to Auckland or commute between Auckland and Christchurch so she can receive the ongoing dialysis treatment she needs to survive. 337 views


Tuesday, 10 August 2010
12:23PM
New course to threaten PR companies A new online course that shows businesses how to generate their own publicity is set to save them thousands of dollars at the expensive of pricey public relations companies. 351 views


Monday, 5 July 2010
10:10AM
New course threatens PR companies A new online course that shows businesses how to generate their own publicity is set to save them thousands of dollars at the expensive of pricey public relations companies. 415 views


Monday, 31 May 2010
12:18PM
Online sales trainers thrive as retailers struggle A Canterbury business that trains sales people online is thriving in an economic climate where retailers are recognising the value and importance of a highly skilled sales team. 319 views


Friday, 19 March 2010
9:31AM
NZ-made climate saving technology picked up by Dutch entrepreneurs A group of entrepreneurs from the Netherlands has picked up the exclusive rights to market the climate saving technology developed by a Christchurch-based company. The Dutch syndicate will market the energy and communications products developed by IndraNet Technologies throughout the Netherlands. 922 views


Tuesday, 2 March 2010
10:13AM
Local authority fees must be addressed by Building Act review A large reduction in the fees charged by local authorities to build in New Zealand must be fixed by the review of the Building Act, according to a senior building product appraiser. 558 views


Tuesday, 22 December 2009
11:38AM
Buyers beware in Boxing Day sales stampede Thousands of shoppers come away from Boxing Day sales disappointed each year either because they did not understand the rules of purchase or were given the wrong information by a short-term, untrained sales consultant. 1135 views


Thursday, 10 December 2009
12:19PM
Customer Service to make or break retailers this Christmas Retailers that offer poor customer service this Christmas will find their businesses in trouble as they struggle to impress shoppers who are already recession-wary. 767 views


Wednesday, 3 June 2009
2:25PM
Solo mother at 50 to millionaire property tycoon at 59 Eleven years after moving to Adelaide from Christchurch in 1988, Sally Couper was convinced by a friend to buy an investment property. 733 views


Tuesday, 28 April 2009
3:26PM
Policies threaten industrial computer shutdown Policies introduced by the European Union (EU) and China to limit the amount of hazardous substances in electric and electronic equipment could lead to the failure of centralised computer systems in New Zealand, according to a local expert. 372 views


Thursday, 26 March 2009
2:12PM
Christchurch exporter achieves 100 percent growth during recession A Christchurch company that sells web-based language learning packages to the world has not experienced any slow-down since the recession began, growing by more than 100 percent every year since its formation in 2004. 1824 views


Tuesday, 23 December 2008
1:56PM
New Year answer to school fundraising crisis Two new initiatives where schools take healthy commissions on goods and services bought by their communities are set to bring in thousands of dollars in 2009 and save them just as other fundraising sources are drying up. 694 views


Monday, 15 December 2008
9:41AM
Timely launch of system to slash printing costs Just as businesses are looking for ways to cut their expenses, a Christchurch company has devised a revolutionary new system to slash the time and money it takes to fulfill their printing needs. 346 views