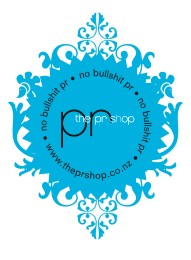 Wednesday, 15 January 2014
2:13PM
Designer tees to help fight against breast cancer Make sure you look fabulous this summer wearing a tee that’s not only designed by one of New Zealand’s great designers, but helps raise funds for a great cause, as well. 968 views


Tuesday, 14 January 2014
3:38PM
Cereal maker seeks local heroes Community is what makes New Zealand what it is – that’s why Hubbards has been busy finding Kiwi heroes from all over the country that have been doing amazing things for local causes and communities. 319 views


Thursday, 19 December 2013
1:35PM
Pets and Fireworks The bright lights and big bangs of fireworks are fun for MOST of the family, but for your dog or cat, they can be very stressful. 449 views


Monday, 16 December 2013
1:16PM
Beware: Hubbards kids are about As the summer holidays approach, Hubbards is encouraging New Zealand drivers to keep an eye out for our adventurous kids playing outdoors by creating 500 signs with the message: Beware Of The Kids! 403 views


Friday, 13 December 2013
5:08PM
Float away this summer on a giant outdoor cloud cushion Stretch out, relax and enjoy the splendors of a glorious Kiwi summer with a range of quality outdoor furniture – designed for living and lounging, inside and out – by Lujo. 400 views


Monday, 9 December 2013
1:50PM
Get your glow on for Christmas this Sunday For the fifth Christmas, Auckland's Vector Arena will be again filled with thousands of voices and lit by 10,000 glowsticks, on Sunday 15 December, for the much-loved 'GLOW – Carols by Glowstick'. 283 views


Friday, 15 November 2013
1:41PM
Say it with Stella Christmas is a time for giving and sharing – and what better way to spend time with family and friends this Christmas, than by sharing a cold bottle of Stella Artois. 789 views

1:35PM
Mighty morning fresh power soaker There aren’t many things more pleasant than the hearty aroma of a roast in the oven wafting through the house. 461 views


Friday, 8 November 2013
5:13PM
Vote now to decide New Zealand's Best Bikkie Calling all biscuit lovers... Griffin's is on a nationwide hunt to find out exactly what New Zealand's Favourite Griffin's Bikkie is – so grab a cuppa, reach for the biscuit tin and cast your vote. 278 views


Tuesday, 5 November 2013
1:52PM
Take on the world with Hubbards' New Kids Cereal Range Hubbards is launching a brand new range of delicious kids cereals, arriving in stores just in time to get kids fired up for summer! There’s just so much to see and do – build a tree hut, play tag, catch a fish, go swimming, find a new bug and name it, make a rocket ship out of boxes or do a scientific experiment. 646 views


Thursday, 31 October 2013
2:22PM
A blunt umbrella's not just for Christmas There’s more to a Blunt umbrella than keeping the rain off you – these tough umbrellas are made from strong stuff which means even if it’s blowing a gust out there, the weather won’t dampen your spirits. 337 views


Wednesday, 30 October 2013
3:32PM
Fizzy fun for the family this Christmas It’s official, with less than nine shopping weeks left until Christmas day creeps up, it’s time to start the search for the perfect gift. 268 views


Monday, 21 October 2013
12:36PM
Hawkes Bay winery restaurant voted among world's top 20 The restaurant at Havelock North winery Craggy Range has been voted among the top 20 of the world’s best. 404 views


Friday, 18 October 2013
5:15PM
New survey shows consumers should give 2Degrees the third degree A recent1 survey has uncovered some interesting points about the way New Zealanders view their mobile phone provider and uncovered some incorrect perceptions in the market towards 2degrees. 308 views

12:33PM
A Muesli that's good for you and the community This month, Hubbards is launching a new, Limited Edition Box of Amazing Passionfruit & Vanilla muesli that not only tastes delicious, but will help amazing people do some amazing things for their local community. 297 views


Thursday, 17 October 2013
1:53PM
A new partnership in the quest for a cure Finding a cure for breast cancer by 2018 just became more achievable with the announcement that the Breast Cancer Research Trust (BCRT) will become the official charity partner of EziBuy - New Zealand's largest fashion and homeware multi-channel retailer. 255 views


Tuesday, 15 October 2013
1:51PM
The sting goes with Stingose It always happens when you're doing something wonderful: sitting outside on a balmy summer evening having a barbie; swimming at the beach on a stunning summer's day; or when you're walking barefoot in the grass through the park. Suddenly – argh! A nasty little critter has bitten or stung you and the glorious moment is ruined. 412 views

1:44PM
Fruity & healthy ideas from Yonanas! Are you looking for a delicious sweet treat this summer without the guilt?  Yonanas has the answer. 403 views


Monday, 14 October 2013
12:29PM
Who can 'surge' the perfect pint Good things come to those who wait - that's why when it comes to pouring a pint of Guinness, it takes a few minutes of patience until it's ready to drink. To protect this pouring ritual and ensure the 'dark stuff' is served exactly as it should be for years to come, Guinness is launching a nationwide competition to find its 2013 Guinness Pint Master – now in its 5th year with growing notoriety. 599 views


Friday, 4 October 2013
12:14PM
Food, drink, and hospitality trade show promises Auckland windfall in 2014 Fine Food New Zealand, returning in 2014, is expected to net Auckland a windfall similar to the $1.55 million it contributed to the local economy in 2012. 596 views


Tuesday, 1 October 2013
3:46PM
Who will put on a stella show to earn their place at draught master finals? Draw your beheaders: battle has officially commenced as regional assessments for the 2013 Stella Artois Draught Masters start in Whangarei tomorrow. 577 views


Tuesday, 24 September 2013
12:33PM
Soda, straight from the source Stylish, sleek and sophisticated – the brand new SodaStream Source is a far cry from the buzzing retro machines in days of old! 568 views


Monday, 23 September 2013
4:35PM
Meat the new kit on the block - Mad Millie's Fresh Sausage Kit What's the single best way to make sure everything you and your family eats is fresh, healthy, honest-­‐to-­‐goodness food? Make it yourself of course! This philosophy is what's inspired the latest Mad Millie do-­‐it-­‐yourself creation: the Mad Millie Fresh Sausage Kit. 525 views