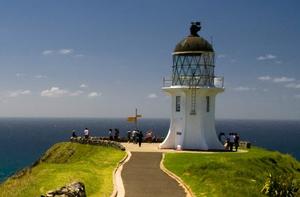 A Google Certified Partner we can help you build an Adwords campaign, optimise your site for organic search, do competitive research or build a content driven inbound marketing plan.


Thursday, 28 March 2013
1:12PM
A GEM of an energy saving idea Mercury Energy has released its Good Energy Monitor service (GEM), a web-based tracking and reporting tool providing residential customers with much greater visibility of their energy consumption and cost. 824 views


Wednesday, 25 July 2012
10:05AM
Technology Tackling Asthma New Zealand has the second highest rate of Asthma in the world, after the United Kingdom. 526 views


Tuesday, 22 November 2011
9:27AM
Compare Power Prices And Save $$ New Zealand’s residential customers are paying more than their fair share for power. 1111 views


Monday, 10 October 2011
3:24PM
Get Involved in Breast Cancer Action Month You probably already know that we are right in the middle of Breast Cancer Awareness Month being organized by the New Zealand Breast Cancer Foundation (NZBCF). 369 views


Saturday, 17 September 2011
9:48AM
Topamax for Migraine Prevention Topamax, a prescription medication that reduces the onset of migraine headaches, is now available in New Zealand. 987 views


Monday, 29 August 2011
8:57PM
Digital SLR or Compact Camera? Making the choice between owning a professional style digital SLR camera or a compact digital camera depends entirely on what the device will be used for and the experience of the photographer. 769 views

8:28PM
Conserving Water at Home Saving money and energy is a top concern for many families today. 621 views


Tuesday, 9 August 2011
1:21PM
How To Save Money On Your Energy Bills The high cost of energy leaves its ugly footprints all over your electric bill. 373 views


Tuesday, 26 July 2011
10:36AM
The Consumer-Friendly Translation of LED TV Consumers already have enough terminology to catch up with as competing marketing campaigns describe the clarity of 1080p, 120Hz, plasma, and LCD televisions. 467 views


Thursday, 7 July 2011
10:45AM
The History of the William Webb Ellis Cup - how much do you really know? For every nation of fans, and for every player who makes it past the knockouts, there can be only one satisfactory outcome to any Rugby World Cup: laying claim to a gleaming, 38-centimetre-high, golden trophy when the final whistle blows. 601 views