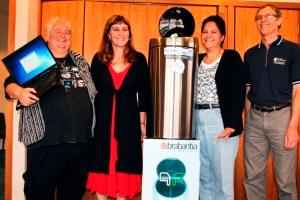 About 600 people entered the Far North District Council’s ‘Recycle and Win’ competition which closed on November 17.

Council refuse engineer and competition organiser Bruce Hows says he is thrilled with the number of entries, most of which were from people who used recycling stations.

“Less than a third of those who entered answered the recycling questions correctly, but we are delighted that so many people made the effort.”

Council will offer spot prizes during 2013 to reward people who recycle correctly by cleaning and sorting recyclable items.