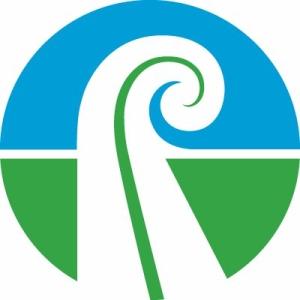 The Far North is the northernmost district in New Zealand. It shares its southern boundaries with Kaipara and Whangarei Districts. Together the three districts make up the Northland Region. With 7,324 square kilometres, the Far North District is the largest of the three districts, contributing 54% of the land area and 38% of the population of the region. The district is ranked in the top ten largest land areas covered by district and city councils.

NORTHLAND — How can a public reserve at Coopers Beach better meet the recreational needs of youth? That is the question the Far North District Council is asking the Doubtless Bay community.

KAITAIA — Free nutritional advice will be on offer at Te Ahu Centre in Kaitaia next Thursday.

NORTHLAND — A reserve next to a popular swimming hole at the Waitangi River has been temporarily closed to the public following a drowning at the river yesterday.

A proposal for less bureaucratic and more cost-effective local government in the Far North has been lodged with the Local Government Commission by the district council and Iwi leaders.

NORTHLAND — Get a permit now if you are planning to light outdoor fires in rural areas of the Far North district during the Christmas/New Year holidays.

NORTHLAND — Permits will soon be needed to light outdoor fires in rural areas of the district.

NORTHLAND — A tourism brochure promoting walks in the Hokianga will be produced thanks to a grant from the Kaikohe-Hokianga Community Board.

NORTHLAND — Waipapa Landing Bridge in Kerikeri will be closed for short periods this month to allow for essential maintenance.

NORTHLAND — Fishing contests are the latest community projects in the Far North to get financial support from Te Hiku Community Board.

NORTHLAND — Replacing the district’s streetlights with energy-efficient, long-lasting lights will save Far North ratepayers about $200,000 a year.

NORTHLAND — Fire fighters are stepping up efforts to stamp out suspicious and preventable fires in the Far North.

NORTHLAND — Fire fighters are stepping up efforts to stamp out suspicious and preventable fires in the Far North.

Community-minded people are needed to help manage public reserves across the district.

Warm, windy weather across the Far North has prompted a fire safety warning from the Northern Rural Fire Authority.

A new recycling station near Okaihau is further evidence of the Far North District Council’s commitment to reducing waste going to landfill down to the target of 200kg per person each year.

PAIHIA — Recreational boaties in the Bay of Islands are being asked to take extra care on the water during the State Paihia Classic on Saturday 10 November.

PAIHIA — State Ocean Swim Series clinics will be held at Paihia in the lead-up to the State Paihia Classic on November 10.

Ukulele players and singers were the big winners in the latest allocation of community grants by the Kaikohe-Hokianga Community Board.

RUSSELL — A trust which runs Russell Museum will get community board funds to improve a public right-of-way near the museum.

KAITAIA — Works aimed at strengthening Donald Lane Bridge in Kaitaia will continue on Saturday (October 8), forcing the closure of the bridge to traffic for two months.

KAITAIA — An Olympic boxer from the Manawatu will be the guest speaker at the annual Far North District Council Sports Awards this month.

KAIKOHE — Seventeen back roads in the Far North will be closed to ordinary vehicle traffic for periods during the Rally of the North 2012 on Saturday October 13.

KAIKOHE — Dynamic leaders are needed to govern a board which aims to develop Kaikohe’s Lindvart Park into a vibrant sports hub.

KERIKERI — An indoor, heated, public swimming pool proposed for Kerikeri could also include a fitness centre.

A Buddhist monk from Korea was among those Far North residents who became Kiwis at a Far North District Council citizenship ceremony earlier this month.