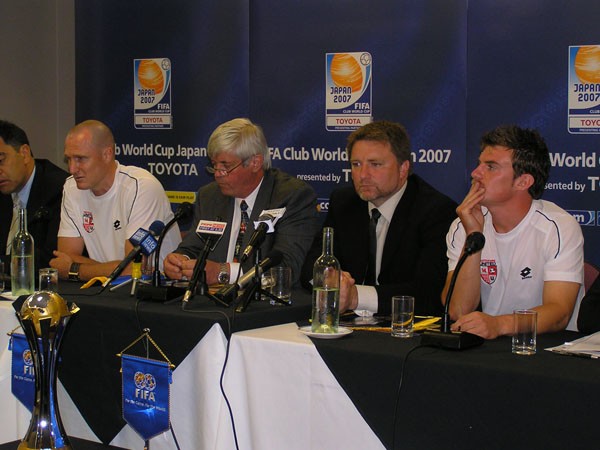 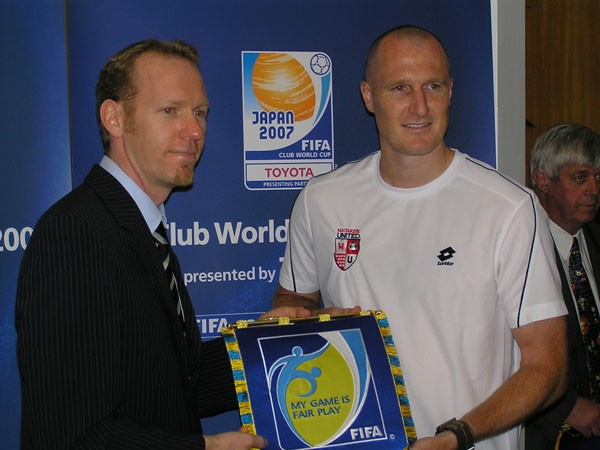 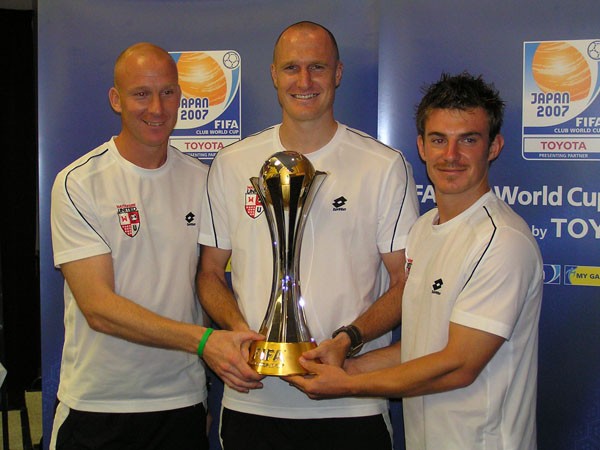 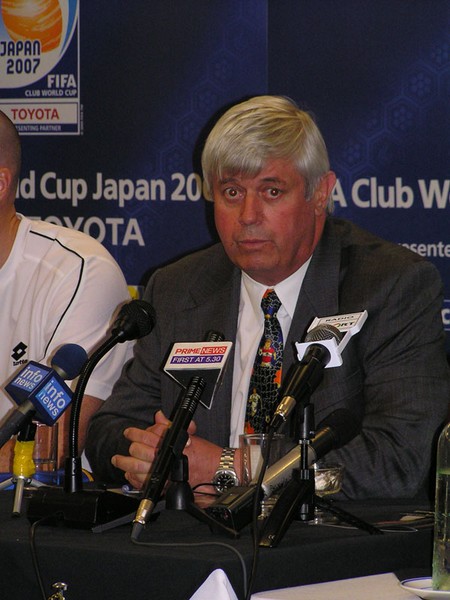 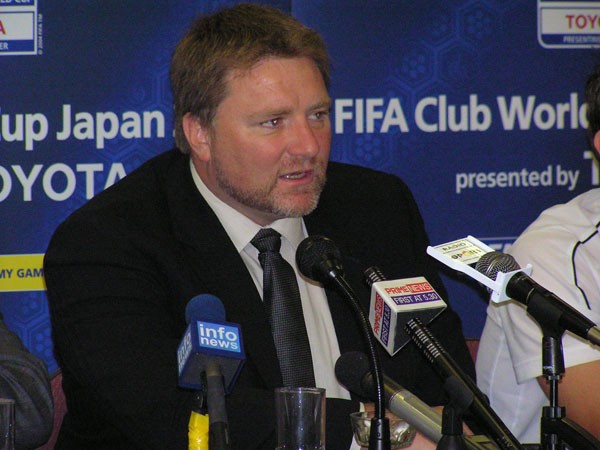 FIFA's John Schumacher welcomed Waitakere United to the Club World Cup today and spoke about the cup finals and the teams involved.

Situated in the heart of Tokyo, the National Stadium is steeped in tradition having hosted the 1964 Olympic Games, the 1958 Asian Games and the 1971 World Track & Field Championships.

The first competition took place in Brazil in January 2000. It was intended by FIFA to be a replacement for the Intercontinental Cup (also known as the Toyota Cup), which was contested annually in Tokyo, Japan by the champions of Europe and South America.

Japan has hosted the yearly competition since, but open bidding processes for hosting it will begin with the 2009 edition.
www.fifa.com/clubworldcup/index.html

FIFA will debut its new micro-chipped ball at the Club World Cup in Japan next month, and if testing goes well it could be used at the 2010 World Cup.

The "smart ball" is designed to eliminate controversy about whether the ball crossed the goal line, sending an instant message to the referee's watch.

A similar goal-line system was tested by FIFA at the U-17 World finals in Peru in 2005 but this is the first time the sophisticated microchip technology will be used.

"This improved system won't be influenced by players or the weather," said Christian Holzer, chief innovation director at Cairos Technologies, which jointly developed the ball with adidas.