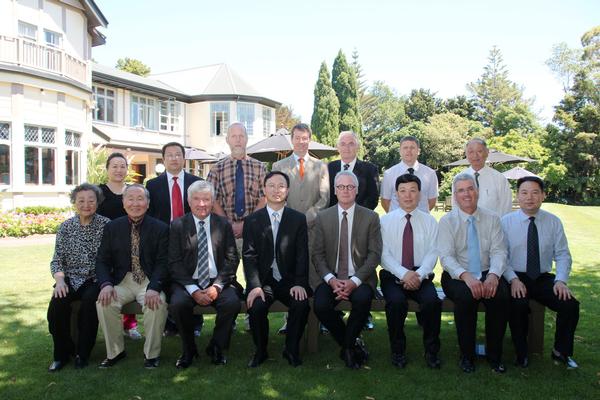 A Chinese animal agriculture specialist with a longstanding relationship with Massey University has been made an honorary professor in the Institute of Veterinary, Animal and Biomedical Sciences.

Professor Runlin Ma is professor and principle investigator at the Institute of Genetics and Developmental Biology at the Chinese Academy of Sciences in Beijing.

Massey Vice-Chancellor Steve Maharey says Professor Ma is "a great friend of Massey University and New Zealand...one of the most influential people in agriculture for New Zealand".

His relationship with Massey began in 2005 with the signing of a tripartite agreement between Peking University, Shihezi University and Massey for joint research on pasture irrigation, soil testing and sheep breeding. It was renewed last September.

It has led to Massey scientists being involved in the development of the entire sheep flock in China. In addition, Massey has ambitions of being a major contributor to the World Sheep Centre development project in China.

Yesterday Professor Ma, Mr Maharey and delegates from Shihezi University and the Xinjiang Production and Construction Corp (9th division) attended a function at Wharerata on the Manawatū campus to mark the honorary appointment.

“It is an honour for us to have someone of such great standing at Massey," Mr Maharey said.