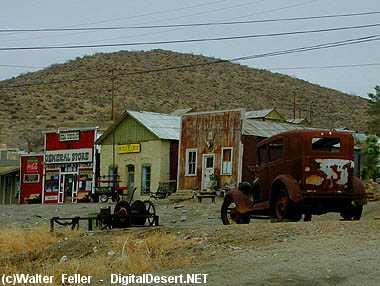 Solutions to the housing and unemployed situation

where are the creative innovating ideas that could invigorate this nation ?

So many small towns in New Zealand are relics of their former glory days – What happened ?

People are stressed, working long hours in unsatisfying jobs, that can no longer keep up with the cost of living/inflation for whatever reason.  Jobs shipped offshore to the lowest bidder – the causalization of the work force  - you name it – all of it will be contributing – including the devaluation of the role of motherhood and the right to be supported in brining up the children of the future in a harmonious and finically independent way

Few today can afford to relinquish one income in order to provide this to their children – day care like wet nurses of the past are thriving  and Beneficiaries - especially solo parents/mothers - are still the scapegotst of the 21st century ills, seen as ‘taking’ from society rather than inhancing – this mentality reveals an ideal that is no longer working on any level

where are the creative innovating ideas that could invigorate this nation ?

what really happened to the thriving communities of long ago ?

In the days when we had assets that made this nation thrive – most are now sold off, or corporatized like Fonterra, Enza – independent business gone – can’t compete on the world market that never existed way back then

Way back then there was NO globalistion only local markets, and gradually over time things changed - think tanks by politicans - corporate take overs, sold assets, expensive set up and complice costs for business - and the mantra of the elites business round table of growth growth growth at any and all costs

It will however require out of the box thinking - to tweak your mind slightly away from the narrow confines of circular thinking presently considered intelligence by political parties, and others in such institutions

the first idea is community work and funding

why can’t ones benefit be seen as part funding ?

the benefit can be topped up  to become a liveable wage - that then becomes community funding by govt who believes that  paid employement is seen as the only cure to unemplioyment narrowing the vast scope of how people do find meaning and value in their communities -  This way a person  becomes once again a unit of value as seen on the accounting books of the treasury  where usually human life/value  is reduced to viable  or unviable units.

The key to this is choice – people can choose whether to do this or continue on and look for work – no coercion or threat of penalty which is still illegal under the international labour laws signed by NZ .  At the same time community groups and organizations will have  funding for the people they need for the projects they need. The most fulfilling jobs I have ever had have been within community groups as volunteer how much more fulfilling then if the benefit  was seen as supporting community by being funded by govt and i was not forced to leave such a position in the lurch to search for paid work

The second creative innovative idea that has come to me – came to me today through a Facebook post of a house on Trademe in Tuatapere.  Now its in the back of beyond  with stunning rural surrounds accesable to the biggest tourists spots in the land – small communities like these could begin to thrive if there were govt incentives to relocate and start small community business for locals

I mean seriously what IS this governmetn doing in the way of job creation and affordable housing and incentives for starting small business - hello ?

the houses are cheaper some are $45,000 or less and the lifestyle slower and more rewarding - a sort of qulaity of life - the old fashioned tradition styles of fresh air and home grown food could begin to prosper in lifeless rural communites rather than squashed in city backyards

but oh I forgot – we need enlightened politicians  and interprentuners – not just unemployed dreamers.