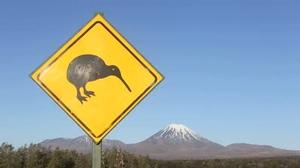 "It takes two to speak truth - One to speak, and another to hear." - Henry David Thoreau

Tuesday, 15 February 2022
News 12:13PM
Press release from the people to the NZ government

Freedom Convoy - Press Release: 10/2/22 Today marks one week since tens of thousands of New Zealanders from all walks of life, ages and ethnicities came together in a peaceful protest.

In a statement to the Grand Jury Dr, Reiner Fuellmich named Jacinda Ardern amongst others in crimes against humanity.

All roads have led to this. The convoy emerged out of a failure by governing officials to listen to the people. Not just some of the people but all of the people.

We are living in a time when the media insults our intelligence by calling us conspiracy theorist and yet the media its self has conspired to keep the official story; the only story.

Simply because a source is a governmental or accredited organisation does not deem it infallible or even trustworthy.

Someone has put together a video showing just how our Minister of Health and our Prime minister are not telling us the truth.

Friday, 30 April 2021
News 6:44PM
No Jab, No Job? forcing border workers to have experimental injection or lose their jobs

Will any public entity that is prepared to uphold the law, our once cherished rights and freedoms, best medical practice please URGENTLY step up.

Wednesday, 7 April 2021
News 1:02PM
UPDATE on open letter to the PM, Health Ministers and the Attorney General of NZ

Sue Grey will be doing a live update outside Parliament in Wellington NZ at 12:30 Thursday 8th April

Can the current roll out of vaccines for covid-19 rightly be called vaccines ? Moderna’s own website says that …”….

..."....Its toxicity, sublethal effects on fertility and teratogenic effect on foetuses, and absence of any antidote are acknowledged by expert Alistair Fairweather in evidence the Department of Conservation lodged in the case. The potential harm is widely accepted. The disputes are over what exposure is safe, the indiscriminate effects of 1080 and the toxicity of the residual products and repeated uses, as rats typically bounce back to pre-poison levels after 3 to 6 months and then continue to increase in numbers 4-5 fold..."....

News 1:56PM
DOCTORS ARE CONCERNED ABOUT 1080 POISON BEING DEPOSITED IN DRINKING WATER

IMMEDIATE PRESS RELEASE* THE INCREDIBLE LETTER BELOW HAS BEEN PREPARED BY DOCTORS WHO ARE CONCERNED ABOUT 1080 POISON BEING DEPOSITED IN DRINKING WATER Open letter to the Government, Friday, 21st September 2018.

PRESS RELEASE RE DEPT OF CONSERVATION POISONING 8 COWS AND TWO ABORTED CALVES - SUE GREY Paula and Mark Stone thought they were doing the right thing when they agreed to DoC's request to aerially poison the bush part of their farm with 1080 poison.

Opinion 9:05PM
Who is driving PFNZ

What is driving the Pest Free NZ Agenda and the hysteria over eradicating non native species.  Answer - International agreements and a global  agenda to purge all non native species of animals and plants around the world.

Independent media interviews the New Zealand family struck down with botulism  The interview was conducted byTV.

What is happening in the NZ family court - A desperate Aunty mourns her teenage nephews and nieces, who will be forcibly taken from their mother TODAY to be with their abusive father overseas. The removal has been ordered by a Family Court judge.

Tuesday, 21 November 2017
News 2:15PM
A New form of Botulism or something more deadly