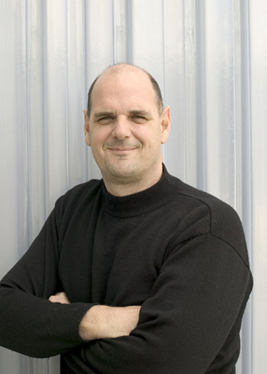 One of New Zealand’s most influential architects is to receive an award in recognition of his significant contributions to the field. Architect Andrew Patterson has been named as a 2013 Distinguished Alumni by The University of Auckland and will be honoured at a dinner to be held on Friday 1 March.

Born in the Waikato region, Andrew completed his Bachelor of Architecture degree at The University of Auckland in 1984 and started his own practice at age 26. In 1988 Andrew represented New Zealand at the New Breed Architectural Exhibition in Sydney. He received his first National Award for Architecture in the same year. Since then he has been awarded New Zealand’s highest award in architecture on five separate occasions.

Andrew’s firm, Patterson Associates Ltd, is responsible for some of the most exciting buildings produced in New Zealand in the last two decades, with examples of their work included in many recent books that survey contemporary world architecture.

Recent projects undertaken by the Patterson practice include the Geyser Building in Parnell, New Zealand’s first 6 Green Star design-rated project, and an acknowledgement of international excellence. The clubhouse at the golf course of entrepreneur Sir Michael Hill KNZM won the New Zealand Institute of Architects Supreme Architectural Award in 2008 and was selected as one of the nine best sports buildings in the world at the World Architecture Festival in Barcelona in 2008.

Last year, the world’s most searched Architectural Journal, London based World Architecture News, named Andrew Patterson as one of five architects internationally “set to influence Architecture in the 21st Century’’.

“Andrew is one of our graduate’s who has gone on to become an outstanding architect” says Head of Architecture and Planning Elizabeth Aitken Rose. “His award-winning designs are exceptional, constantly setting new standards, and we are delighted he is to receive a Distinguished Alumni Award.”