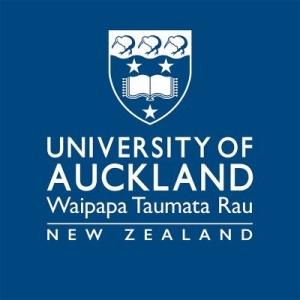 The University of Auckland is New Zealandââ‚¬â„¢s leading university. You can study a wide range of courses, from architecture and arts to science and technology - and graduate with a world-class degree that will take you wherever you want to go.

Monday, 16 March 2020
Technology 12:04PM
The subtle ways Spotify tells us what to listen to

AUCKLAND CITY — Music streaming platforms such as Spotify, Pandora and Apple Music offer instant access to more music that, a few years ago, we wouldn’t have thought possible, but researchers have revealed the subtle ways such platforms influence and even control what we listen to.

Cycling investment has long term health benefits for Auckland, according to a recent study.

AUCKLAND CITY — A scientist who has spent more than 40 years successfully developing anti-cancer drugs is about to face one of his biggest challenges when he cycles 200 kilometres to raise funds for cancer research next weekend.

AUCKLAND CITY — A miniaturised data logger that can record speed and movement in the water will soon be available to help swimmers analyse their performance.

The University of Auckland student team InfinityTek have won top honours in the New Zealand finals of the world’s largest and most prestigious, innovative software competition.

AUCKLAND CITY — The University of Auckland will sponsor its first public cycling event at the end of next month, at the Auckland Domain.

A healthy diet and not eating for two during pregnancy is vital to limit excess weight gain in both women and their babies, according to recent research.

Acute toxoplasmosis, an infectious disease carried by cats, may be a much more severe illness than previously understood.

Cannabis use may double the stroke risk in young adults, according to a recent study by researchers in the Centre for Brain Research at The University of Auckland.

The recurrent myth that the label “Pākehā” is derogatory is challenged by the latest findings from the large scale New Zealand Attitudes and Values Study.

One of New Zealand’s most influential architects is to receive an award in recognition of his significant contributions to the field.

Three doctoral students from the Centre for Earthquake Engineering Research will present their research results to an international conference in Japan next month.

New Zealand research revealing a new mechanism for how glucose stimulates insulin secretion may provide a new explanation for how a gene that makes people more susceptible to diabetes – called TCF7L2 – actually contributes to the disease.

An exhibition on at the Gus Fisher Gallery, which combines art and science, will give the public a rare chance to view matter up close.

Seventeen associate professors at The University of Auckland have been promoted to professor.

Claims that most species will go extinct before they can be discovered have been debunked in the latest issue of Science, by researchers from The University of Auckland, Griffith University, and the University of Oxford.

The National Institute of Creative Arts and Industries, at The University of Auckland is delighted to announce that Senior Lecturer Elizabeth Aitken-Rose has been appointed Head of the School of Architecture and Planning for a three and a half year term which commenced on 1 January 2013.

A large international study led from The University of Auckland has shown that an increased risk of severe asthma, eczema and rhinitis in adolescents and children is associated with eating fast food three or more times a week.

Renowned New Zealand author and Distinguished Professor of Māori Studies and Anthropology, Dame Anne Salmond from The University of Auckland’s Faculty of Arts is one of three finalists in the New Zealander of the Year Awards.

A study conducted by a scientist at The University of Auckland with colleagues at the Oregon Health and Science University in the United States has resulted in findings with the potential to prevent or reverse serious disabilities in children born prematurely.

A study by Lynnette Ferguson, Professor of Nutrition at The University of Auckland, has shown that a change in diet can be effective in reducing inflammation over a period of just six weeks in healthy New Zealanders.

Research in the iconic, and some say maligned, New Zealand weta is challenging ideas about how a large group of insects including crickets and katydids hear, and has revealed an unexpected similarity to whale hearing.

CHRISTCHURCH — Social research that, by chance, was underway in New Zealand at the time of the devastating 2011 Christchurch earthquake is providing insight into age-old questions about the role of religious faith in a crisis.