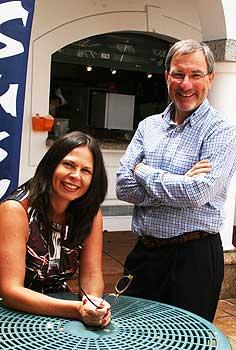 Two major Massey research projects – one on new migrants, and another on ageing – have earned accolades from the Ministry of Business, Innovation and Employment for their excellence.

They received the gold standard from the ministry under its new rating system devised to recognise Ministry of Science and Innovation-funded projects that have met and exceeded contract requirements.

Both from the College of Humanities and Social Sciences, the projects were the only ones from the University to receive the honours, which were announced recently following 2012 MBIE annual reporting. They were awarded to the Integration of Immigrants Programme (2007-2012), led by sociologist Professor Paul Spoonley and involving Associate Professor Robin Peace and Dr Trudie Cain; and the New Zealand Longitudinal Study of Ageing (2007-2012), led by psychologists Associate Professor Fiona Alpass and Professor Christine Stephens.

Professor Spoonley, Research Director for the College of Humanities and Social Sciences, says the gold rating for both projects was an acknowledgement of the importance put by the research teams on meeting the needs of stakeholder groups and communities, and meeting the ‘public good’ nature of the research.

His programme has provided agencies such as Treasury, the Department of Labour, Statistics New Zealand, Auckland Council and the Asia New Zealand Foundation with a detailed analysis of New Zealand’s migrant population.

Research covered issues including immigrant economic success and work experience in New Zealand as well as the barriers experienced such as workplace discrimination. The project also studied migrant contributions to community, cultural and social development through such developments as the rise of ethnic precincts where migrant business form clusters.

“Given the increasing number of immigrants and the important role migrants play in New Zealand’s economic and social maturation, current empirical research is crucial for public policy development to ensure positive outcome for immigrants – and for New Zealand,” Professor Spoonley says.

He describes the gold rating as “an outstanding result and recognition of the hard work of the whole team”.

The New Zealand Longitudinal Study of Ageing is a collaboration between the University and the Family Centre’s Social Policy Unit, funded by The Foundation for Research, Science and Technology. Researchers have investigated the health and lifestyles of 4000 New Zealanders aged 50 to 85.

Research findings are valued by a number of government and non-government organisations including Treasury, the Retirement Commission, Age Concern, as well as researchers from New Zealand and overseas universities.

Dr Alpass, who is based at the School of Psychology at the Manawatü campus, says “the gold rating reflects the effort of a really strong team of researchers who work hard to make sure our research is accessible and relevant to our stakeholders”.