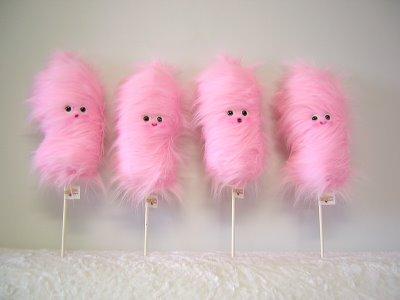 Anna Guy and the clamping guy -  are these really the BIG issues that concern New Zealanders or are they merely distractions ?

What are the Big issues that concern Kiwi’s ?

Poverty and low wages with the casualization of the workforce

The rising cost of food grown in NZ

I am sure you can add to this list.

A quick look through the upcoming reveals  3rd Degree have nothing in their line up that address any of these.

Without any real serious open and honest reporting and revealing of a governments actions a government goes unchecked, un unscrutinised to the detriment of everyone.  Thanks 5th Estate

But really can we blame them – with ownership of NZ media in the hands of corporate globalists there is little room for journalists to expose anything other than ordinary people trying to make a go of life.
Which makes the 5th Estate little more than a lifestyle program or worse it becomes a tool of the state to distract viewers from more serious concerns by offering mindless distractions such as last nights viewing.
If this is the case with 3 Degree’s then it worked very well, because over on their FB site  the mindless are debating the merit’s of Clouts people skills and Guy’s blue eyes

" .....“There is mounting evidence that journalists are experiencing unacceptable pressure to change what they write. A 2007 survey of 514 New Zealand journalists reported in the Pacific Journalism Review 568 found that more than half of those that answered this question [on commercial pressures and media freedom] (55%, n=213) agreed that newsrooms had been pressured to do a story because it related to an advertiser, owner, or sponsor....” Quote from Bill Rosenberg's News Media Ownership in New Zealand - see link above for full report

It wouldn’t be a big deal really if they hadn’t hyped themselves up to tackle the big issues that concern New Zealanders, and then put themselves into a social media platform that houses quite a few real investigative journalists who don’t have the exposure this lot do.

What I witnessed on this not so cutting edge programme was what I would call candy floss for the masses washed down with aspartame filled diet coke – mind numbing stuff.

As a few commentators on their FB site pointed out the where was the interview with Daniel Clouts employers – those that contracted him to clamp the wheels of peoples cars?
why wasn’t the actual law over the legality of his actions given any exposure ?
Was it legal  or not ?
Viewers watching were left none the wiser

And what can you say about the Anna Guy interview – I mean seriously who cares ?

New Zealanders are crying out in all directions for some sort  of media coverage to give their concerns voice, A real current affairs program that has the guts enough to ask the real tough questions.  This is what 3 Degree's hype suggested

Kiwis want answers from their politicians they want these so called public servants to be held accountable for their actions – they want REAL investigative reporting and exposure NOW.

When you have a government, which continues to blithely go against the wishes of the majority.  A prime Minister who coolly states he would not acknowledge any referendum on state asset sales should send a shiver down every ones spines and should be open to the 3rd degree something that I for one and many others really hopped NZ Television had come of age and addressed – but alas