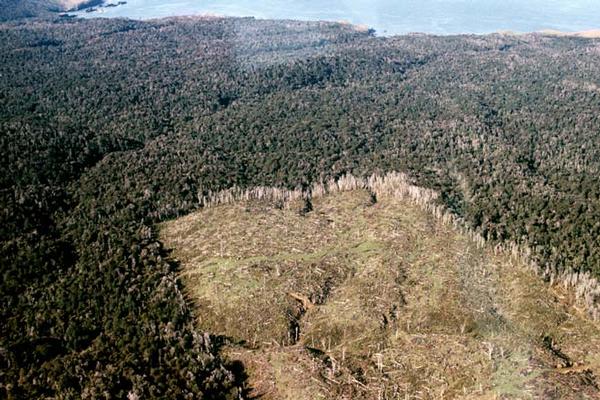 our most priceless Asset Gone ...no march up Queen street - no protests for nature CREDIT: google

A story of the future

however one untamed wild pesty creature managed to destroy much of the priceless ASSET of this land without any protest marches up main streets, this public ASSET was finally limited to tiny pockets of land which the people called National Parks - no poison was dropped, no protest was mounted, just silently over time both the birds and forest began to disappear ...and in thier place stood the mighty PINE

The land became green with pine plantations and manicured paddocks for growing food - animal, and vegetable - every where - vast tracts of land were given to pine and agri-culture - joy joy said corporations - joy joy said politicians - joy joy said councils - DoC was silent their work load decreasing by the year - their time now spent trying to mitigate the loss

but soon the grass worked so well the corporations started buying it for their golf courses, and their recreational grounds, they even convinced farmers to buy it for their paddocks and then they started selling it to home owners - but home owners who lived next to the airports and glof courses and parks had already discovered that it had blown over their fence so they saved themselves a lot of money and didn't have to buy this anti bird and anti insect grass - joy joy said the corporation - joy joy said the politician this is adding to our GDP and every one was happy

but there were no birds and no insects

only pines and mines

the year is now

R.I.P native forest, native birds and DoC - you did such a good job there isn't anything left to conserve