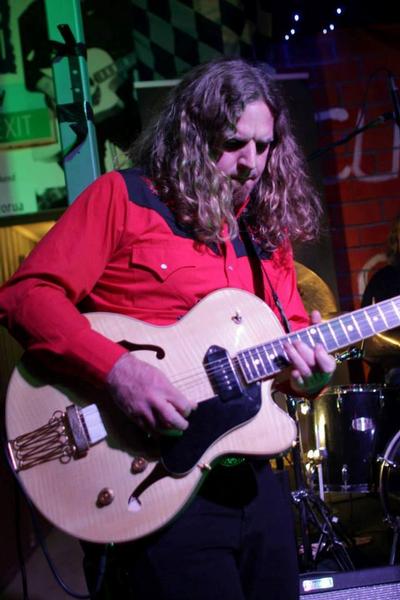 Andy Phillips who grew up in Cambridge NZ (now living in Melbourne, Australia) was a headline act at the Rotorua Blues Festival on the Queens Birthday weekend. His band, The Cadillac Walk travelled with him to rip up the festival along with other talented international guests and local artists. Born in Paraparaumu and growing up in Cambridge, Andy soon headed to London to explore the music scene. Deciding it was far too cold he headed back to NZ then finally settling, for now, in Australia. Andy's love of playing guitar started at age 13 where ironically he was teased at school for having a cheap guitar. He has been a dedicated player for the last 23 years becoming one of the most talented and dynamic guitarists of his time. He now plays both locally and internationally including a recent visit to the Austin, Texas blues scene where he jammed at legendary venues such as Antones, Maggie Mays and Friends on 6th street - at one point being offered the honour of playing on a guitar owned by his idol Stevie Ray Vaughan. A regular on the Blues scene, Andy enjoys visiting to play in NZ and is planning a tour of NZ early 2014. Please check out Andy Phillips & The Cadillac Walk at their website www.andyphillipsandthecadillacwalk.com