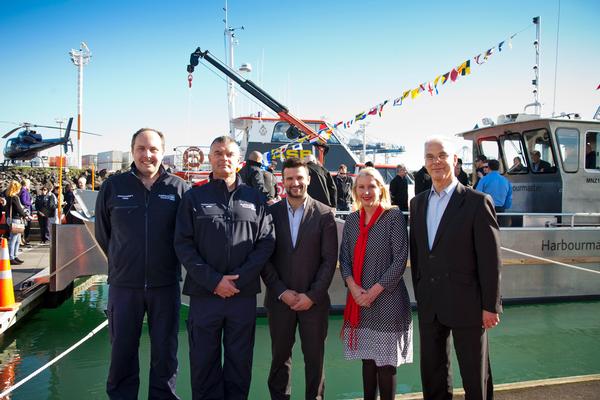 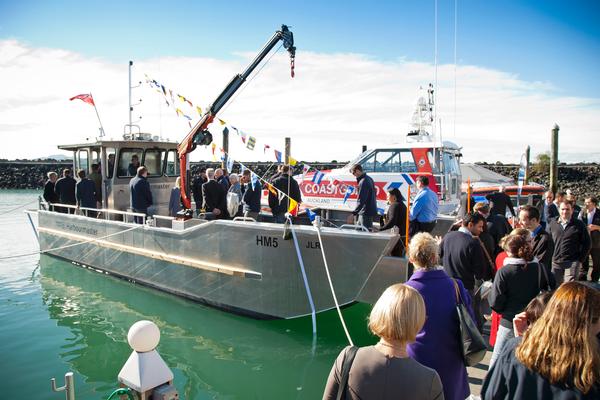 A new multi-purpose vessel was added to Auckland Council’s Harbourmaster fleet after being christened by the Mayoress at the Marine Rescue Centre today.

The vessel has been named JLR in honour of previous Harbourmaster John Lee-Richards (2004 – 2011), who was highly regarded in the maritime industry and sadly passed away last November.

JLR is a multi-role vessel with the primary function to assist in the event of a maritime oil spill incident.  It can also perform tasks such as navigational aid maintenance and removing navigational hazards from the harbour. In addition, JLR is equipped to support requests for assistance, for example Rural Fire support for the Hauraki Gulf islands, and the NZ Police dive squad.

Mick Courtnell, Auckland Council Maritime Pollution Response Coordinator says, “Following our involvement in the Rena clean up the team reviewed risks and options for a similar scenario in Auckland. Although we felt comfortable with our fleet we wanted to be even more confident that with the rise in marine activity we had the capacity to respond emergency of that scale without support and the new vessel will strengthen our capacity in this area.”