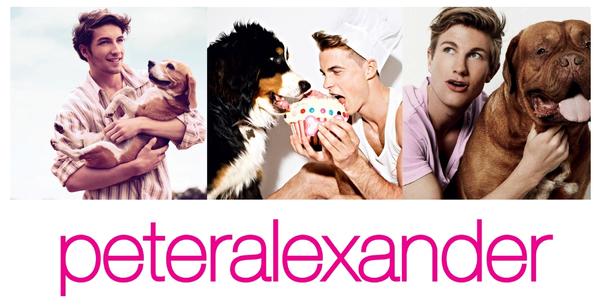 For many years, Peter Alexander has produced a calendar featuring Aussie boys and dogs, with 100% of the proceeds going to the RSPCA in Australia. For 2014, Peter is excited to announce that he will be jumping across the ditch and producing a NZ calendar, with 100% of the profits going to  NZ animal charity, Paw Justice. Last year, Peter Alexander raised close to $90,000 for the RSPCA in Australia, through the sale of the calendars – and he is on a mission to raise over $500,000 for animal welfare charities.

“We are really excited to be a part of the Peter Alexander Calendar. Peter does a fantastic job of supporting animal welfare charities and we are honoured that he has chosen to support Paw Justice in NZ,” says Paw Justice co-founder, Craig Dunn.

“Unfortunately NZ has one of the worst animal abuse rates in the world and support like this from Peter Alexander really helps to raise awareness for the cause.”

Peter Alexander needs your help! He is on the lookout for New Zealand’s cutest dogs and hottest guys to feature in the calendar. Nominate your pet, yourself or someone you know to enter the competition to feature in the Peter Alexander 2014 Sleepwear Calendar. Each month the calendar will boast a hot guy and an adorable dog to help put a smile on your face. This wonderful project enables Paw Justice to help thousands of animals with all proceeds raised in New Zealand being donated to the animal charity.

Peter’s love of animals started early and was cemented in 1997 when a dash hound affectingly know as Penny came into his life. Going to work with Peter every day, Penny started appearing in catalogues and quickly became the brand ambassador. In 2007 Penny sadly passed away in Peter’s arms. Today her memory lives on as a pyjama print, a logo, online and in Peter Alexander stores. Penny goes into the homes of over 2 million people every year on the brand shopping bags.