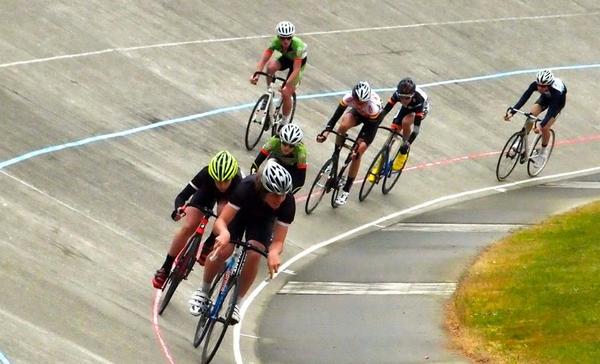 "The fastest bike racing in town," the Burkes Cycles Track Cycling Speed League, returns for a second season beginning on 3 November 2013 at Wellington Velodrome in Hataitai. After a successful first season, organisers say the competition which runs 4-6pm every Sunday from November through to end of March 2014, is going from strength to strength. Increased sponsorship and a new women-only contest is expected to draw more riders on top of the 80-plus participants aged between 13-65 who competed during the inaugural 2012/13 season.

Riders can pick up points in races graded according to ability and at the end of the season, titles are handed out for the overall, under 15, under 17 and women's Champions.There's also a separate Sprint Ace series for the quickest of the quick backed by The Lanes Bar and Bowling Lounge including, for the first time ever, a women-only Sprint Ace.

Title sponsor Burkes Cycles of Kilbirnie are joined by Champion System clothing, who provide custom leaders and winners jerseys, plus Mavic and Pinarello as prize sponsors.

"It's the fastest bike racing you're going to see in the capital," says organiser Peter Moore. "Track racing is a safe way to enjoy cycling on a purpose built venue away from traffic. Last year we had all age groups participating from 13 up to over 60 and an increasingly competitive women's section - we're expecting more of the same for this year."

"We've got something to offer for novices to experienced riders alike and hold regular sessions where anyone can come along and have a go."

In 2012/13, Masters rider Nick Warren held off the charge from youth rider Jon Barnes for the overall title. Barnes was under 17 winner and Sprint Ace Champion, while Ele Pepperell edged out Renita Vanderhelm in the women's competition. Martine Barnes was under 15 champion, and Lee Evans took out the Power Play title where riders attempt to record the highest power to weight ratio possible. All are expected to return to the Wellington Velodrome this season to defend their titles.

As well as the Burkes Cycles Speed League, PNP will also be organising the Wellington Centre Championships in February 2014 and the Laykold Cup on December 1 2013. The Cup has an 85 year old history and is one of the largest events on the Lower North Island's cycling calendar.