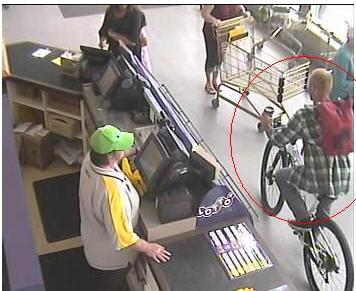 Image of the man who used the fake $100 note in Pak N Save Supermarket. CREDIT: New Zealand Police 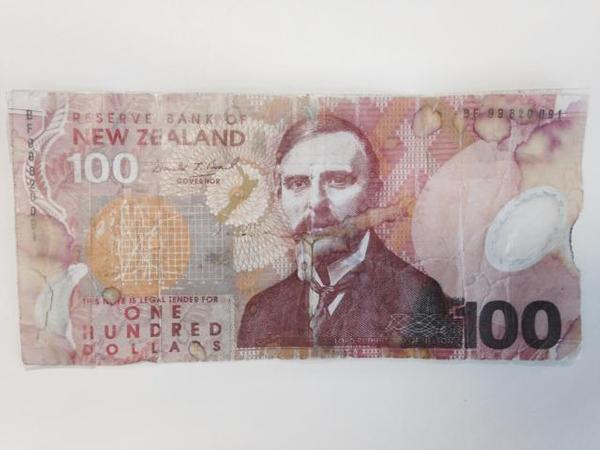 North Shore Police are wanting to identify the man in the attached photo (details below) in relation to a fake $100 note (also attached) he used on Tuesday to pay for a coffee at a Pak N Save supermarket.

It's the third time since late October that a fake note has been used on the North Shore and Police are urging retailers and shoppers to keep a close eye on any $50 or $100 notes they may receive.

A fake $50 note was used to pay for goods at a North Shore butcher shop just before Christmas and in late October, a fake $50  was used at a Glenfield clothing shop. A 21 year-old woman was charged with misuse of a document in relation the Glenfield incident, enquiries to establish where the note originated from are continuing.

The man who used the $100 note on tuesday is still outstanding and is described as the following;

-Believed to ride a mountain bike with a red backpack.

Enquiries are underway to establish whether all three cases are linked but Police are reminding people to be vigilant.

"If you're receiving a large denomination of money, take a look closely at the notes. If the paper feels odd or it just doesn't look right, contact the Police" says Constable Simon Hooker, North Shore Police.

Anyone with information on the identity of the man at Pak N Save is asked email Constable Hooker on simon.hooker@police.govt.nz [1]

Information can also be given anonymously to the organisation Crimestoppers on 0800 555 111.