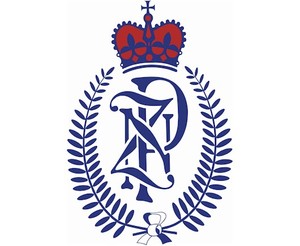 WELLSFORD — Quick thinking by Police’s Eagle crew this afternoon resulted in the arrest of seven youths who were attempting to steal vehicles from members of the public on State Highway 1 in Wellsford after fleeing from Police.    The incident unfolded after members of the public observed a suspicious vehicle in Kaiwaka township shortly before 1pm today.

OPOTIKI — The search for a fisherman reported overdue from Tōrere has been formally suspended, nearly two weeks after it began.    The man failed to return from a fishing trip on Sunday 17 April and the search for him began that afternoon.

Police and Waka Kotahi are reminding people it takes everyone to get to no one.

GISBORNE — Police want the public's help to identify a pitbull terrier dog that attacked and killed another dog in Tairāwhiti this morning.

KAWERAU — Please attribute to Senior Sergeant Tristan Murray, Rural Response Manager:    Two men have been arrested and charged in relation to unlawful hunting on a forestry block near Kawerau on Wednesday 20 April.

AUCKLAND CITY — Emergency services are at the scene of a residential fire on Mangere Road, Ōtāhuhu.

OPOTIKI — The search for a man that failed to return from a fishing trip on Sunday afternoon is due to continue this morning after efforts to locate him yesterday were unsuccessful.

NEW PLYMOUTH — Police can now release the name of the man shot by Police in New Plymouth on Saturday 16 February.

NEW PLYMOUTH — A person has died after being shot by Police in New Plymouth tonight.

AUCKLAND CITY — One person has died in Takanini after a fleeing driver incident.

NORTH SHORE CITY — North Shore Police are wanting to identify the man in the attached photo in relation to a fake $100 note (also attached) he used on Tuesday to pay for a coffee at a Pak N Save supermarket.

Police are thanking the New Zealand public for their co-operation since the Sale and Supply of Alcohol Act became law on Wednesday night.

WAIKATO — A worry, likely only appreciated by those who have faced similar situations, is how the parents of a missing man describe their feelings today.

PALMERSTON NORTH — Fourteen students from across the region will don their helmets and hit the roads of Palmerston North next Friday 6 December in a bid to become Central District's Young Cyclist of the Year.

Friday, 29 November 2013
Cannabis 12:51PM
Keep an eye out in your neighbourhood for this plant

After a warm winter and sunny days ahead many people will be taking advantage of the good weather, including those who may be taking advantage for illicit reasons, and Central District Police are asking people to keep an eye out for suspicious activity in their communities.

Road safety agencies are putting the brakes on speeding, drunk and dangerous drivers this summer, with new tools to reduce death and trauma on our roads.

Police welcome today's conviction of former senior constable Gordon Stanley Meyer on corruption and indecency charges, and say others may have information important to their ongoing inquiries.

Friday, 25 October 2013
Police 4:01PM
Police Say Crash Death Is Unexplained But Not Likely To Be Suspicious

WANAKA — Police say that while the death of 22-year-old Rutger Hale in a motor vehicle crash on State Highway 6 yesterday morning is unexplained they don't believe it is suspicious.

Police have released the name of the 22-year-old man who died in a crash on State Highway 6 about 12km from Wanaka early yesterday morning.

Hamilton Police say businesses and individuals need to realise synthetic cannabis is assessed as being one problem combined Government agencies are determined to take action on.

WAIKATO — Waikato Police are seeking the public's help in locating firearms stolen from a home in the south of the City earlier this week.

Police think someone in the community knows what has happened to missing Otago man Simon Garrick and have posted a $20,000 reward in the hope of finding him.

More care and less complacency is the message from Waikato Police as they investigate a crash that saw several school aged cyclists injured near Taupiri yesterday.

At about 4.50 pm on Thursday the 22nd of August 2013, a group were snow caving near Delta Corner at the Whakapapa Ski Field, Mt Ruapehu.