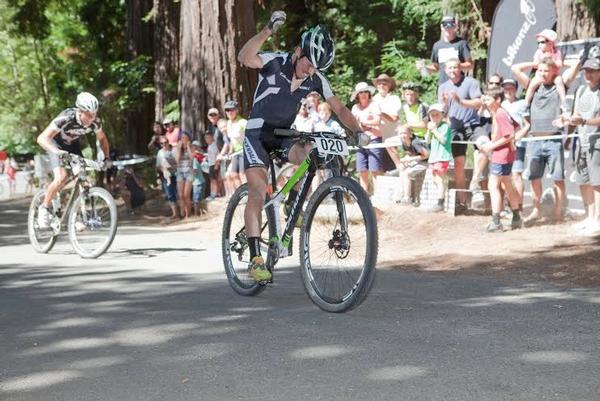 While his eyes are fixed on a potential Commonwealth Games medal later in the year, mountain bike star Anton Cooper has to get his head around a posse out for his scalp at this weekend’s national championships in Rotorua.

The New Zealand Mountain Bike Championships at the spiritual home of the sport in the Whakarewarewa Forest sparks the opening weekend of Rotorua’s annual 10-day bike festival.

Cooper, 19, is looking towards his second year as a professional with the Cannondale Factory Team in Europe after a mercurial 2013 when a debilitating virus wrecked his season.

Now fully healthy, fit and raring to go, Cooper is ready for a big year with the key targets of the Commonwealth Games in Scotland in July and the world championships in Norway in September.

First there is the challenge of defending his cross country title at the national championships on Saturday. Last year that was no mean feat, edging out hometown star Dirk Peters on the final bend as the two under-23 riders spread-eagled the elite field.

This time Peters will again lead a band of young talent who are keen to add Cooper’s prized scalp to their CV.

“Dirk is one of my main competition. There are two or three guys that will push me hard, especially the locals up that way who know the tracks well and will want to get one up on me,” Cooper said.

“I am up for the challenge.”

He is also keen to return to the tracks in Rotorua.

“Rotorua is the spirit of our sport. They always get passionate fans and families. There are great crowds and that’s something you do not find anywhere else in New Zealand.”

The 2012 junior world champion believes he is well on the path for an improved year.

“I learned a lot from last year, about what the body can handle. I now see that my illness knocked me far more than I thought,” he said. “I am seeing that in my power results right now that I really just stood still last year and the illness was a big part of that..

“Hopefully I can stay illness-free and have a good consistent, solid season. I want to finish on the podium consistently in the under-23 World Cups.”

Peters, 22, enjoyed his strongest year on the world stage in 2013 and will also press not only for national honours on Saturday but his own claims for Commonwealth Games selection.

Last year he finished 18th overall on the under-23 World Cup standings from just four events and if extrapolated to all six races, he would have been 13th.

He enjoyed one top-10 and in two of his four World Cup races he finished as the leading non-European rider and he was 17th at the world championships to be third best non-European behind Cooper and an American.

London Olympian Karen Hanlen defends her title in the women’s elite division although the Whakatane mother of two has been out of the limelight in recent months and did not compete on the World Cup circuit last year.

That has paved the way for a much improved Kate Fluker from Queenstown who won both National Mountain Bike Cup races this summer after a solid first year on the World Cup stage.

Also likely to challenge is Wellington’s Samara Sheppard, a 2012 World Cup junior winner, who heads to Europe to ride for the Hoffalize-Hope UCI team, and  the uber-talented and successful Rotorua pair of Katie O’Neill and Sonia Foote.

Racing begins at 10.30am for senior, masters and age groups with the elite and under 19 races from 2pm.
The downhill mountain bike championship is on Sunday with a preview tomorrow.

There’s a raft of events in mountain bike, road and BMX, both serious and fun during the Rotorua Bike Festival from February 14 to 23.